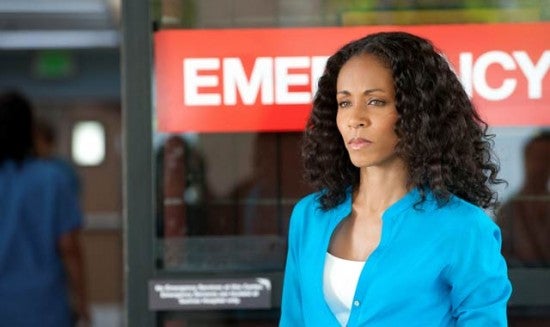 Jada Pinkett Smith of The Matrix and Collateral has been cast as Fish Mooney in Fox Television's forthcoming Batman prequel, Gotham, Warner Bros. Television has confirmed. The character is identified in the announcement as being a series regular. A sadistic gangster boss and nightclub owner, Fish Mooney's got the street smarts and almost extra-sensory abilities to read people like an open book. Imposing and hotheaded, she's not one to be crossed. Mooney also employs a low-level psychopath named Oswald Cobblepot, who is destined to be a crime boss in his own right as The Penguin. Pinkett Smith joins a cast that includes Ben McKenzie as Detective James Gordon, Donal Logue as Detective Harvey Bullock, Zabryna Guevara as Captain Essen, Erin Richards as Barbara Kean, Sean Pertwee as Alfred Pennyworth and Robin Lord Taylor as Oswald Cobblepot. The pilot has a series commitment at Fox after a fierce bidding war that landed it at the network and appears to have cleared the way for the home video release of Batman '66.