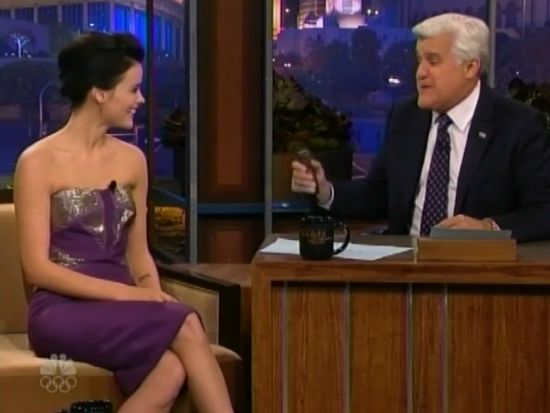 On Thursday night’s Tonight Show, Jay Leno asked Thor: The Dark World’s Jaimie Alexander about the rumors that she was up for the Wonder Woman role. At first, Alexander played it coy, pretending like she didn’t know what Leno was talking about.

Then, Leno asked, “So you’re up for it, put it this way, would that be a cool job to get?” Alexander said, “It would definitely be a cool job. I was a huge fan growing up.”

When Leno asked if she watched the Wonder Woman TV show, Alexander said, “Well, not just the show, I read the comic books too. But I mean who could forget Cloris Leachman?”

Evidently, Jay Leno could, as he asked Alexander who Cloris Leachman played. Alexander replied, “She was the mother!”