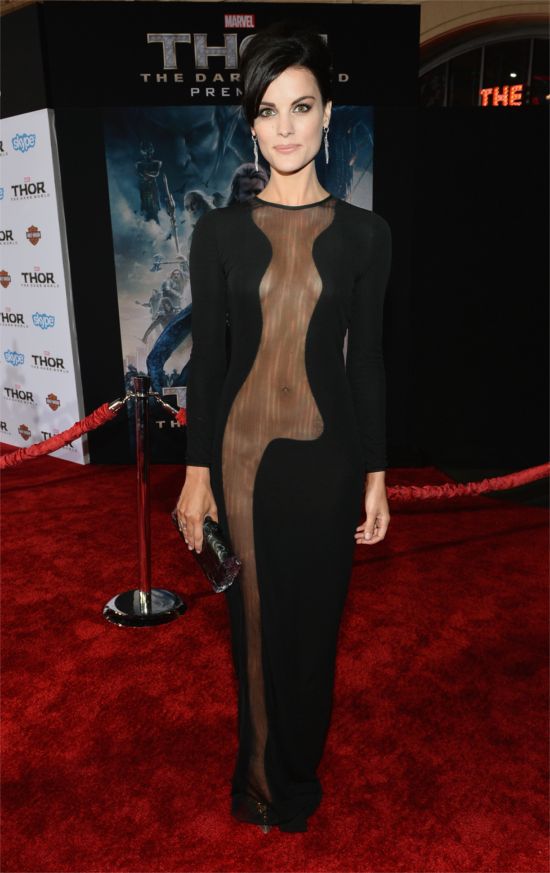 As Jaimie Alexander's dress continues to generate buzz about the Thor: The Dark World premiere, OMG! Insider's investigative reporters decided to get to the bottom of exactly why Alexander wore the dress.

In a comic-book-worthy twist, Alexander didn't wear the dress to show off her shapely body, but rather to cover something up.  “It took me a really long time. I actually just picked it on Thursday, not that long ago,” revealed Alexander. “I went through so many dresses, and I just thought this one covers all my tattoos.”

Jaimie Alexander has several tattoos on her arms, which the sleeved dress covered perfectly, while allowing her to show off the non-tattooed parts of her body.

Alexander added, “I wanted something a little bit edgy, but that still had some class. That’s my personality.  I saw it and I said, ‘I love it.’ And I’m a huge fan of Azzaro.”

Besides providing insight into her dress-making decisions, Alexander’s comments about covering her tattoos raises an interesting question in relation to her potential future comic book roles. Recent rumors and fan speculation have suggested that Alexander could be in the running to play Wonder Woman.

Of course, Wonder Woman’s traditional outfit is sleeveless. If Warner Bros. winds up casting Alexander as Wonder Woman, they could always cover her tattoos with makeup, but makeup could repeatedly wipe off in an action-heavy movie like Wonder Woman. Could we be looking at potentially the jacketed-version of Wonder Woman’s costume if Jaimie Alexander lands the role? 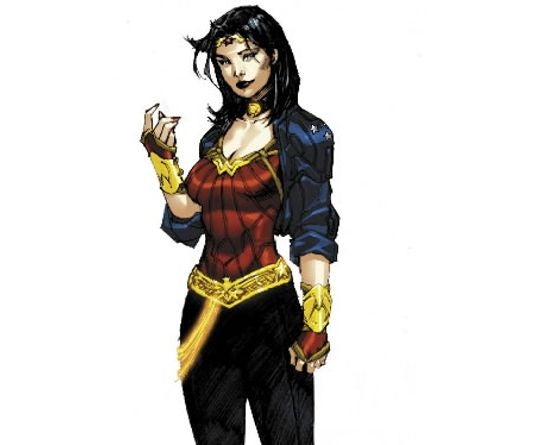