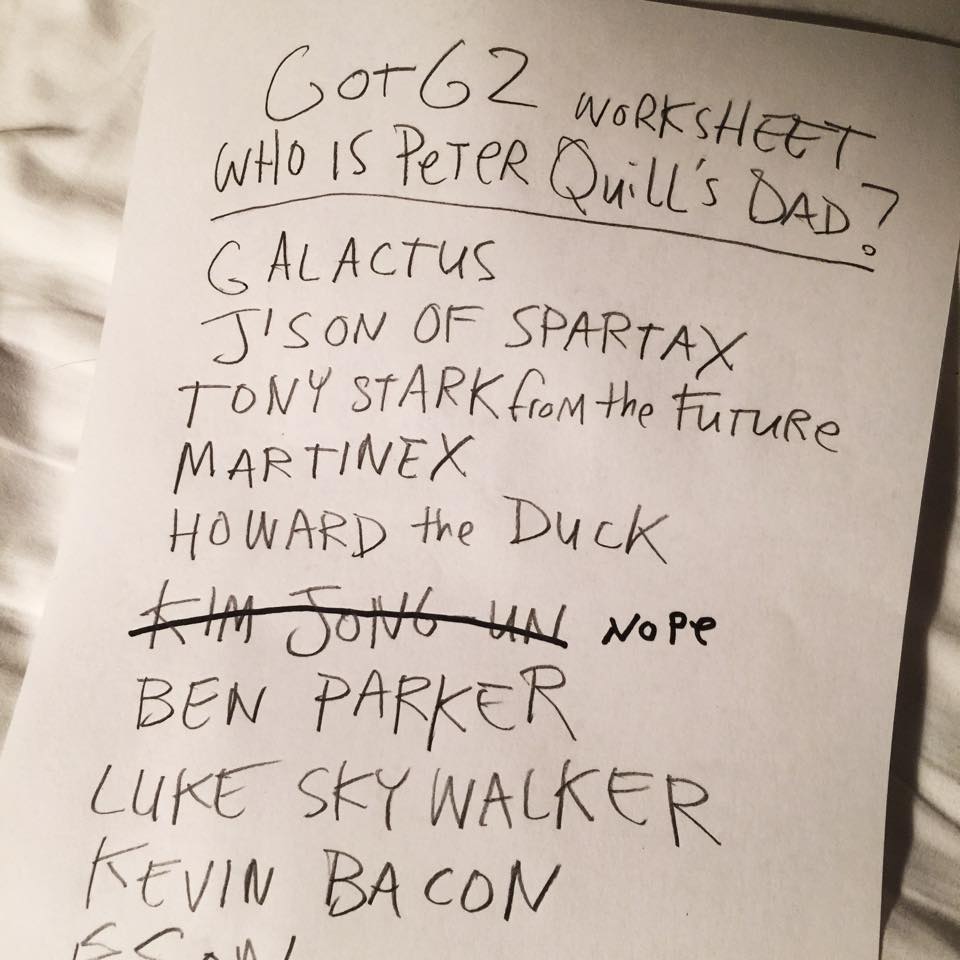 It looks like James Gunn has literally scratched one name off the list of potential fathers for Peter "Star-Lord" Quill in Guardians of the Galaxy 2: North Korean dictator Kim Jong-un.

An image posted to Gunn's social media accounts, shared above, features a list of unlikely candidates to be Star-Lord's father, including original Guardians of the Galaxy member Martinex, Kevin Bacon, Luke Skywalker and some Marvel characters currently at Sony or Fox.

The joke, of course, is that Sony was forced to cancel the release of The Interview, a film in which Seth Rogen and James Franco set out to assassinate Kim Jong-un, after weeks of abuse from hackers apparently backed by North Korea. Besides leaking thousands of pages of confidential internal documents and e-mails, economic terrorists identifying themselves as the "Guardians of Peace" have purportedly threatened violent terror attacks on theaters screening the film. This caused major distributors around the country to back out, and consequently forced Sony to pull the plug on the film altogether.

For the uninitiated, Guardians of the Galaxy's primary protagonist, Peter Quill, is seen at the start of the movie being abducted by aliens. In the closing moments of the film, it's revealed that the abductors had done so at the behest of Quill's father -- apparently a member of an ancient and powerful race.

James Gunn On The Interview Debacle: Kim Jong-un Is Not Star-Lord's Father