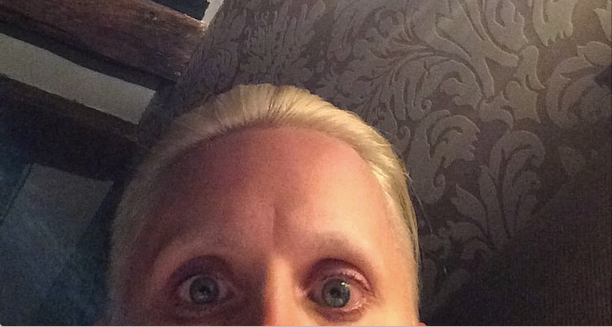 We see you, Jared Leto. We just don't see your eyebrows.

Another day brings us another update on Jared Leto's hair alterations for his role as the Joker in Suicide Squad. It's probably time we got an official hashtag or phrase going for this, no?

But this time, Leto left his luscious locks alone in favor of buzzing his eyebrows. As Leto showed in his Instagram (Below), his version of the Joker will go sans eyebrows, or at least, any fuzzy caterpillars of the natural variety. It's possible that Warner Bros.' makeup team will  put prosthetic, green eyebrows on Leto instead of dying his natural ones. Either way, you can gaze into Leto's brow-less eyes below.

A look into tomorrow. #lovelustfaithdreams

The eyebrow shave follows Leto's haircut earlier this week, when the Academy Award winning actor cropped his lion's mane down to a style much more fitting for the clown prince of crime. Leto then followed the move by bleaching his hair a few days later. At this rate, expect to see a picture of hair stylists trimming Leto's nose hairs by Sunday.

Jared Leto Shaves His Eyebrows For The Joker Role