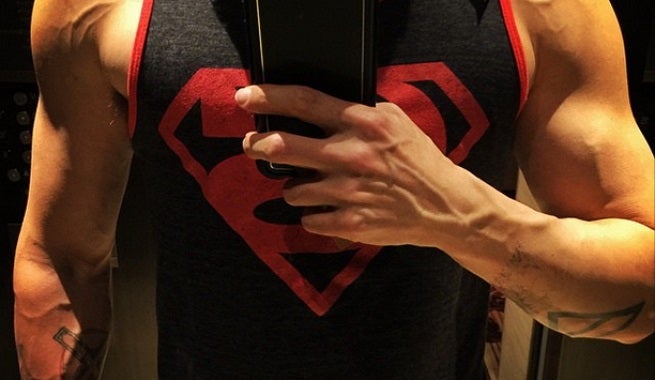 The Jared Leto body watch continues with a new photo of the Suicide Squad stars torso, released on his Instagram page.

Leto has apparently been working out to bulk up for his role as the Joker, after thinning out for Dallas Buyers Club.

Leto might be playing a villain in Suicide Squad, but he's sporting a Superman shirt fit for superhero day in this photo.