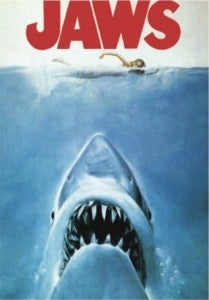 With the ongoing success of Shark Week on the Discovery Channel and the recent success of Sharknado on Syfy Channel, sharks are definitely hot right now. That is why it should come as no surprise that reports are now surfacing that a Jaws reboot is in the works from Universal Pictures.

Bloody-Disgusting.com spotted a casting call post on Mandy.com, which mentions a Jaws reboot. The post reads, "We are seeking all crew positions for the upcoming Jaws reboot. We will need to build sets quite early therefore we will be hiring partially prior to the official pre-production."

Of course, the casting call listing could always be fake, so this report should be treated as rumor for now. But Hollywood does have a tendency to produce movies about whatever is hot at the moment.

Jaws Reboot Reportedly In The Works