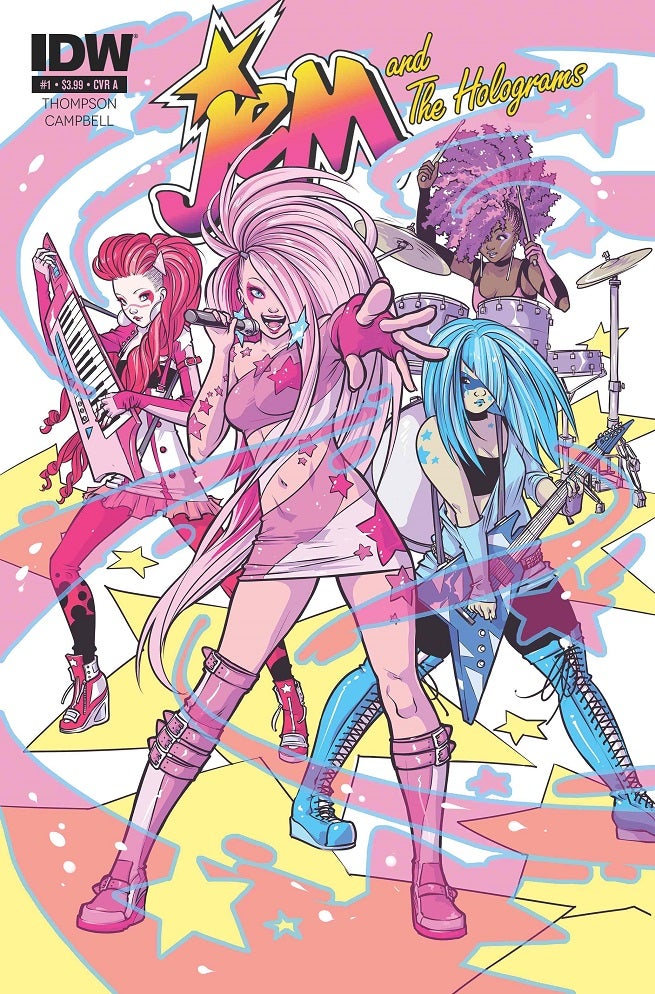 IDW Publishing announced today that writer Kelly Thompson will take on their upcoming, Hasbro-licensed Jem and the Holograms comic, with artist Ross Campbell and covers by Sara Richard.

The series, previously teased without any further information, will launch in March 2015 as an ongoing title at the publisher, who also work with Hasbro on G.I. Joe, Transformers and more.

It’s the 21st century, and Jem and The Holograms are 21st century girls! Meet Jerrica Benton, the gifted singer of The Holograms, a band that has the right look and the right sound… But one thing is holding them back—Jerrica’s crippling stage fright. Luckily, Jerrica is about to find help in the most unlikely of places when she discovers a forgotten present left by her father. And what she finds is truly outrageous!

"As a kid I was a huge fan of the original 80's Jem and the Holograms cartoon and so the chance to breathe new life into it for a savvy modern audience, not to mention to work with Ross, an artist practically destined to draw this book, is really a dream come true," Thompson said in a statement.

“Getting a Jem and the Holograms comic going was a top priority for me when I started at IDW,” said Senior Editor John Barber. “It took three years, but Kelly and Ross came in with a style and attitude that really got Jem. They understand Jem’s appeal—I can’t overstate the impact Jem has had on generations of fans and readers.”

The original animated series debuted on television in 1985, alongside a toy line by Hasbro. The show was geared towards young females, featured a strong female lead and mixed elements of science fiction, adventure, and romance. Hasbro announced earlier this year that a live-action, motion-picture adaptation of Jem and the Holograms from Universal Pictures starring Aubrey Peeples and directed by Jon M. Chu is slated for release October 2015.

Jem and the Holograms Comic Gets a Creative Team