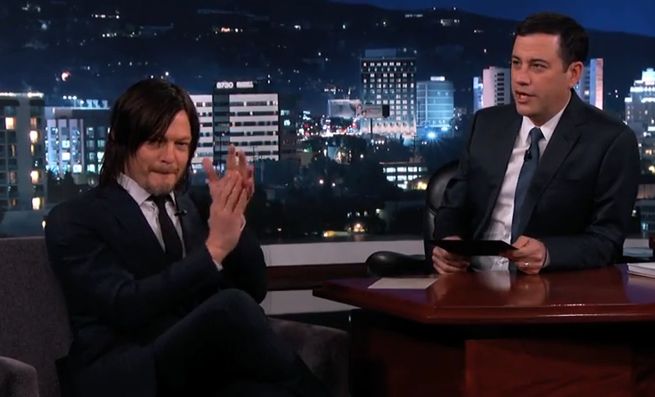 During an appearance on Thursday night’s Jimmy Kimmel Live, Norman Reedus teased Jimmy Kimmel that he should wait to see what happens next on The Walking Dead. Kimmel revealed that he already knew what was going to happen next.

“I actually did see the first episode. It’s really good,” said Kimmel. “It’s everything that I think people would hope that it would be. And I don’t want to give anything away, because I don’t want to ruin anything for anybody.”

At the end of Reedus’ appearance, Kimmel reiterated that that first episode was excellent.