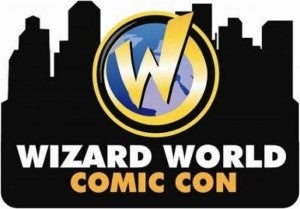 Wizard World, Inc. has announced that John D. Maatta has joined their Board of Directors. John D. Maatta is the current COO of The CW Television Network, and he has a long history in television and with Warner Bros.

How far does John D. Maatta's association with Warner Bros. go back? He first joined the Warner Bros. family in 1986 when he started working for Lorimar Telepictures Corporation. He also holds the distinction of being the very first employee of The WB. He has held the COO title at The CW Network, since it launched in 2006.

Michael Mathews, who is Wizard World's Chairman, said, "John brings a track record with many years of operating experience in the entertainment industry. We're looking forward to benefiting from John's unique insights and advice as we move forward and continue to grow our media and entertainment company."

John D. Maatta said, "When I was first introduced to Wizard World, I was extremely impressed by both the significant space that the Company currently occupies in the pop-culture world, as well as how well-positioned the Company is in its sector."

Gareb Shamus, who is Wizard World CEO, said, "John will be a tremendous addition to the Wizard World Board. Because of his years of experience and increasingly responsible positions in the entertainment industry, John's knowledge and intuition will make him a valued voice on our Board, we couldn't be more excited!"

Other recent appointees to the Wizard World Board include Greg Suess from ROAR and John Macaluso.