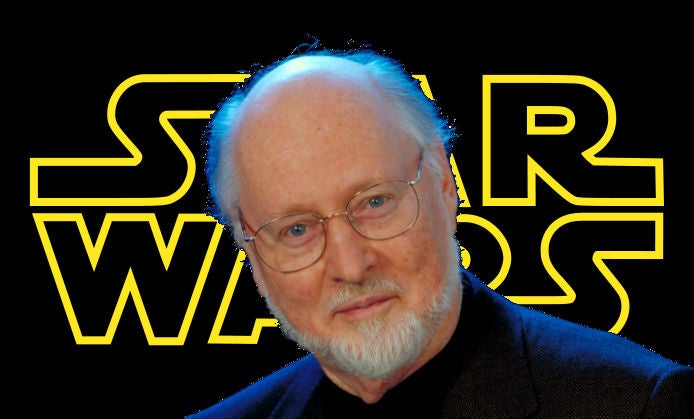 While Star Wars: The Force Awakens will undoubtedly reference the original trilogy with its story and characters, it will make several musical callbacks as well.

Famed composer John Williams, who has scored all six Star Wars films, confirmed that when he revisits the Galaxy Far, Far, Away, he plans to dredge up a few favorite themes from the original trilogy. While a reunion with the iconic main theme is a given for Williams, he said he will also give individual moments their proper due.

There are some scenes where we do make reference to earlier thematic pieces. We haven't done it yet, but we're planning to do it. It's something that I think will seem very natural and right in the moments for which we've chosen to do these kinds of quotes. There aren't many of them, but there are a few that I think are important and will seem very much a part of the fabric of the piece in a positive and constructive way.

And how involved is the Star Wars franchise's latest director, J.J. Abrams? According to Williams, only as much as necessary. Citing the strong creative license that Abrams has given him, Williams said that he's generally composing as he pleases.

"His latest instruction to me was, "Just do your thing." Which is giving me a good sense of freedom, a good free swing at the ball. I don't know how much you know of him, but he is a delightful person," Williams told Vanity Fair. "Enormously bright. I've been very impressed with him in meetings with a great variety of people. His generalship is assured and warm and inviting and inclusive."

Sounds good to us.

What say you, readers? Which themes would you like Williams to revisit in The Force Awakens? Sing out hearts out in the comments.