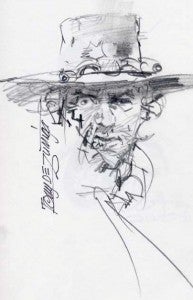 Comics historian Mark Evanier is reporting that Tony DeZuniga, famed Western comics artist and co-creator of the DC Comics bounty hunter Jonah Hex, has died aged 71 from complications arising from a stoke he suffered in April.

DeZuniga, who hailed from the Philippines, is credited in the Evanier piece in convincing DC to try exporting work to other Filipino artists, in spite of the publisher's initial hesitation. Beginning his long career in 1957, he got his first American comics work in 1970. Most recently, he worked on the original graphic novel Jonah Hex: No Way Back with Jimmy Palmiotti and Justin Gray, which was timed to coincide with the release of Warner Brothers' poorly-received 2010 Jonah Hex film.

Neal Adams and other fans and professionals have recently made efforts to raise funds to help defray the cost of DeZuniga's treatment and hospitalization, which was substantial.

"It’s really tough since Tony doesn’t have insurance here," said DeZuniga's wife Tina in a statement in late April. "The medication is very expensive and hospital bill is paid cash 90% Our daily bill is around $1,500 even if we have some money it’s drained out already. I have a house here but the process of getting a loan would take time and I can’t be gone long away from the hospital."