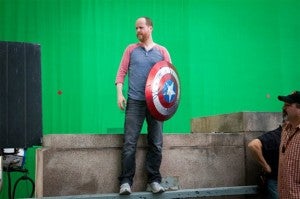 We just discussed that Clark Gregg's fan-favorite character Agent Coulson may not return for Avengers 2--and now it appears that director Joss Whedon isn't totally sure he will, either.

In an interview with the Los Angeles Times, Whedon was asked whether he planned to come back for the recently-announced sequel to the highest-grossing superhero film of all time. His response, maybe surprisingly, was less than definitive.

“You know, I’m very torn,” Whedon said during an interview before the film’s U.S. opening, which has just now been printed. “It’s an enormous amount of work telling what is ultimately somebody else’s story, even though I feel like I did get to put myself into it. But at the same time, I have a bunch of ideas, and they all seem really cool.”

That pressure has to hit Whedon even harder than it would, let's say, Kenneth Branagh, because Whedon co-wrote the film as well as directing it, meaning that he's responsible for crafting nearly every part of the film.

In the interview, he also discussed his previous work, including Buffy the Vampire Slayer, Firefly and his comics work for Marvel. Asked to pin down a favorite, he told the interviewer, “You know, I love all my raggedy children, but if I could be anywhere, I’d be on board Serenity.”

Joss Whedon May Not Return For Avengers 2