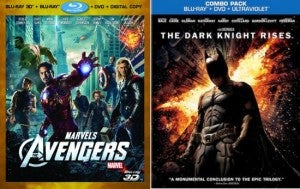 Joss Whedon, director of Marvel's The Avengers, has responded to caustic remarks made by The Dark Knight Rises cinematographer Wally Pfister with a sedate, classy, "I'm sorry to hear it. I'm a fan," reports Comic Book Movie. Pfister, who called The Avengers "appalling" in a speaking appearance earlier this week, has drawn fire from fans around the Internet for the comments. Seamus McGarvey, who fulfilled a similar role on The Avengers, is an award-winning cinematographer in his own right. "I don't think it's a perfect movie. I don't even think it's a great movie," Whedon said of his own film in an interview with Vulture earlier this summer. "I think it's a great time, and I'm proud of it, but for me, what was exciting is that people don't go to see a movie that many times unless it's pulling on something from within, unless there's a need there. That's very gratifying."

Rings of Power: All Confirmed Spoilers for The Lord of the Rings TV Series

Rings of Power Dominates House of the Dragon in Streaming Ratings