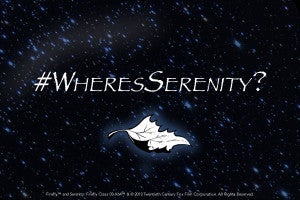 Following after the events of the 2005 film, Joss Whedon's Serenity returns to comics a new, ongoing series from artist Georges Jeanty, known for his work on Batman: Streets of Gotham and Buffy the Vampire Slayer. According to Comic Book Resources, who broke the story today (although we've all known the basics for quite some time, just not the details), "With River Tam in the co-pilot chair and a very pregnant Zoe reeling from the death of her husband, Wash, Mal is finding himself and his ship in greater danger than ever." Meanwhile, Jeanty is not fooling himself that it will necessarily be an easy transition moving from Buffy to Serenity, even if both exist within the same "Whedonverse." Or...sort of the same, since Firefly and Serenity are slightly different universes even between themselves. "Firefly is a lot darker than Buffy," Jeanty said. "There are way more shadows and shading than with Buffy. Also, when I was drawing Buffy, I could start from scratch. Sure, I had to keep in line with how the characters looked, but everything [else] was up for grabs. Sunnydale was destroyed, so I didn't have to keep in line with the architecture. With Firefly there are seven characters and a ship to consider. When they're on Serenity -- fans know what every inch of that ship looks like, so I have to be very meticulous with my depiction. Not to mention there are a few very subtle differences in the ship from TV to the movie. This is definitely a learning experience, one I don't think I'll fully master until the series is over!"