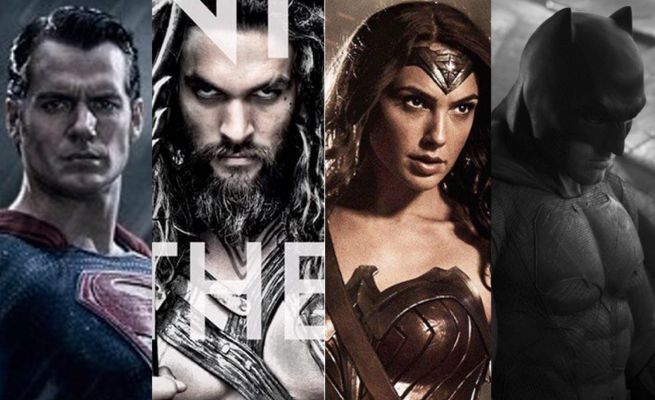 When Batman Vs. Superman: Dawn of Justice's trailer debuts with Mad Max: Fury Road next month, it may also give audiences their first listen at composer Junkie XL's score of the film.

Yesterday, Junkie XL posted a tweet teasing that he was working on some project in his music studio. In the tweet, there's an image of a TV screen in Junkie's studio, brandishing a dark Warner Bros. logo. This dark logo has often accompanied Dark Knight and Man of Steel trailers, leading many believe that the television could be playing footage from the upcoming film.

While this could all be written off as speculation, Junkie XL confirmed in a recent interview that he had finished Mad Max's score and would next be turning to Batman V. Superman's score with Hans Zimmer.

"I would say that the Man of Steel score is the most elaborate collaboration between me and Hans to date, the next one will definitely be Batman V Superman. We found ourselves talking about so many ideas, what we could do, and what themes could be written. I mean the drummers, I mean the whole idea to design this whole rhythm thing was something that I came up with Hans, and then I eventually designed most of the rhythms and I conducted the whole session," he told FilmsOnWax.com. "It was a very inspiring thing to do, with all these very, very talented drummers."

So, while we know for certain that Junkie XL is working on Batman, we may just be lucky enough to hear a sampling of that work come May.

The Batman Vs. Superman: Dawn of Justice trailer hits on May 15 with Mad Max: Fury Road, while the film itself hit theaters on March 25, 2016.