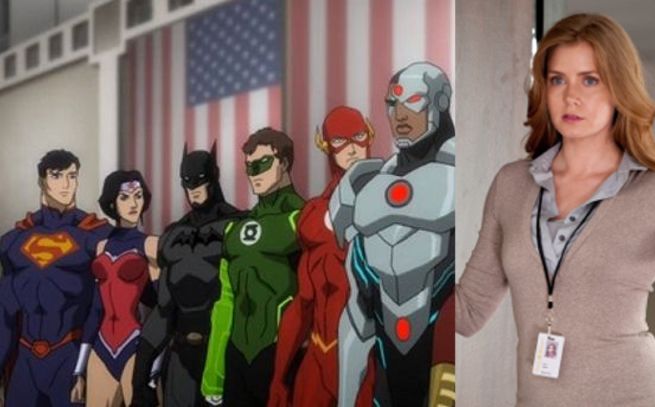 Today, Warner Bros. not only announced that they'll be making a Justice League movie in 2017, but gave some casing ideas around their big superhero films and a few hints as to what some of the content might be.

The Justice League film, which brings together their various franchises Avengers-style, will presumably be the one about which we can definitively say the most with the very little information available.

The director and release dates

Zack Snyder will direct not one but two interconnected Justice League films, starting in 2017 and concluding in 2019, according to the announcement.

That's arguably not surprising, since Warner insiders told The Wall Street Journal at one point that he was a lock to direct Justice League in 2017 or 2018. Still, the addition of a second film can change plans -- as we saw this week with rumors that Marvel's decision to split Avengers 3 into two films may mean Joss Whedon isn't coming back to do the third film as we'd all been assuming.

The membership and cast

What do we know for sure? That Henry Cavill will be back as Superman, Ben Affleck as Batman and Gal Gadot as Wonder Woman. Jason Momoa's Aquaman is all but guaranteed, as well.

Interestingly, the press release from Warner Bros. also lists Amy Adams as reprising her role as Lois Lane in the film, suggesting perhaps that the movie takes place in Metropolis. In fact, it's Batman, Superman and Lois who get mentioned specifically in the press release -- not even Wonder Woman -- probably indicating that the reason those two haven't got solo films on the schedule yet has to do with the fact that they're leading JLA.

The fact that Ezra Miller has already been cast as The Flash for a movie that won't take place until 2018 probably indicates he's a part of it, and while you'd think the same about Black Adam/Dwayne Johnson, they've specifically said he's not part of it. Is outright lying in order to protect these kinds of secrets unheard of? No...but at the same time, DC seems to have been playing things fairly close to the vest, but at the same time telling the truth, so far. See also the announcement that the TV and movie universes won't cross over.

Green Lantern seems like a no-brainer, and he too has a movie scheduled down the line, but since we don't know who's playing him yet, he's a hard character to get right, and the last movie was a disaster, it may be harder to add him in at the last minute. We should find out fairly soon if they manage to cast him before starting shooting on Justice League.

Ray Fisher, cast in Batman V Superman: Dawn of Justice as a proto-Cyborg, will presumably join the Justice League, since he's got his own Cyborg movie coming down the pike, and since the (very cinematic) Justice League launch arc for the New 52 featured his origin story.

That story, incidentally, is widely reported to be an inspiration for the movie...but it's very unlikely the film will be a straight adaptation, in no small part because it was already adapted to an animated feature film (seen above).

Not a lot here, honestly. We have heard Darkseid a lot, but he was also the villain in a couple of previous, now-aborted drafts. We've heard Brainiac more recently which, timed so close to this announcement and with the character playing a truly massive role in the comics, makes some sense but at the same time could have been bait to grab headlines.

Snyder will likely get a co-writing credit, and David S. Goyer has been widely discussed as working on Justice League. That he was essentially cut out of Batman V Superman in favor of Chris Terrio as the production process began is interesting, but Goyer continues to be a major player at Warner Bros., so it will be interesting to see how all of that shakes out.