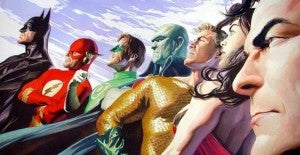 This is one of those articles that's just for fun.

Before it appeared to stall out completely, Warner Bros.' rumored Justice League movie, written by Will Beall, was reportedly offered to a number of high-profile directors, all of whom turned it down.

Now that the movie appears to be going nowhere, or at least to require a major rework before it can go anywhere, we thought it could be fun to look at the names on that list, look at the properties DC owns and say, basically, that if Warners actually had these guys on the line to do a superhero movie, what DC properties should the prospective directors take a whack at?

This is something we'd love to see adapted to film, TV...whatever. The idea of Gotham Central is that there would be very few jobs in the world harder than being a cop in a city that's constantly under siege from demigods and protected by a masked vigilante who, depending on management's mood, could either be your coffee buddy or your top priority to clear off the streets.

The feeling of the book was often tense, but it had an undercurrent of levity helping to keep it from falling off the edge; the look and feel of the stories often tended toward that kind of '70s noir that informed so much of Scorcese's work and that you can see underlying parts of Argo and The Town.

Also, this would give him a chance to cast himself in a major role without having to don tights and face the Daredevil comparisons.

What will this movie eventually be called? Who knows. We've only known of it existing for a couple of months and there are already three or four titles in circulation, but the idea of del Toro taking on the Justice League Dark-style story featuring Swamp Thing, Constantine, Zatana and more is too good to pass up.

Luckily, he's actually doing it, and so unless it vanishes out from under him like Marvel's Hulk TV series did, there's really no reason not to be excited about this.

I can't imagine a better fit for a Stormwatch film--a dark science-fiction piece about a clandestine group that uses their powers to benefit the world but only as long as they can decide what "better" means without outside interference--than Ridley Scott. It's right up his alley and could be a ton of fun to see the way he crafted it, established the world the characters inhabit and even outfitted the mostly non-traditional-looking superheroes that fill the series.

It would probably be better to go old school on this, leaving the opportunity for an Authority sequel down the line and keeping most of the tights-and-flights types offscreen.

That's fine, of course, since it seems to be more or less what they're doing with the comic book these days, anyway. 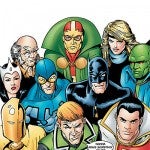 Best known for Zombieland, Fleisher is a guy who can do humor and action, delivering character development and a zinger while kicking the snot out of the bad guys at the same time. That's perfectly suited for something approximating the Giffen-DeMatteis Justice League era (known colloquially as the "Super Buddies," a name they picked up during one of their post-JLI miniseries).

The problem, of course, is to bring up these second stringers as the Justice League International without first doing a Justice League movie is troublesome. Another name would have to be settled on, but that doesn't mean this team couldn't work as a hugely entertaining film. 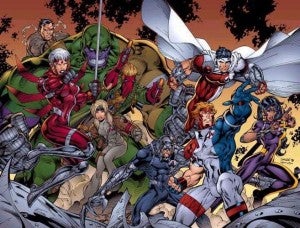 Not one of my favorite directors, McG has done a good job delivering two things: one-liners and explosions. Where's a place that he could do both? WildStorm! We'd love to see McG on something like Grifter, Team 7 or WildC.A.T.S., where he could use some of that Charlie's Angels and Chuck skillset.

These two would probably do well to stay away from superheroes, but since they're talented filmmakers, if they really thought they could handle it, something should find its way to their table.

Justice League Movies: What Should Those Rumored Directors Do Instead?