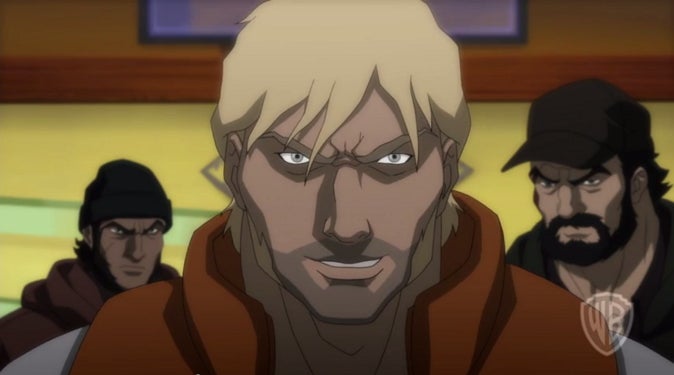 The latest episode of DC All Access features the footage of Justice League: Throne of Atlantis shown this past weekend at New York Comic Con.

Shown at NYCC’s DC Animation panel, the footage shows a grieving Arthur Curry getting into a fight with some locals at a seafood restaurant.

The episode also recaps the other announcements made by DC Entertainment during NYCC. Check it out below:

More than 100,000 comic book fans, pros and exhibitors flooded the streets of the Big Apple last weekend for New York Comic-Con, and if you thought DC All Access was going to miss out on that action, think again!

In this week's all-new episode, Blair and Tiffany hit the show floor not in search of exclusives or panel wristbands, but the latest and greatest from the world of DC Entertainment. First, we show you the Justice League: Throne of Atlantis clip that debuted at NYCC, giving us our first extended look at Aquaman in the film. After that, look at some of the new DC and Vertigo titles announced at the con, and hear from some of the creators behind them. Finally, we discuss the unbelievable LEGO Batman 3: Beyond Gotham panel, which revealed new gameplay, new playable characters and new DLC, with the one and only Kevin Smith!