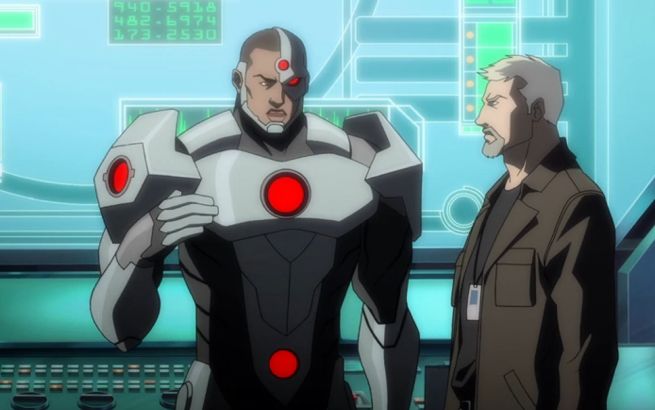 In the clip, Trevor visits Cyborg at The Justice League’s headquarters to investigate a naval submarine's mysterious sinking to the bottom of the ocean. Still unaware that Atlantis is behind the attack, Cyborg says he’ll dispatch himself to the submarine’s location. As for the rest of the Justice League? You’ll have to watch the full clip to find out. Let's just say that the League still has some bonding to do, and leave it at that.

Justice League: Throne of Atlantis is DC Animations' next Justice League next feature film. Set in the New 52 universe, the film is an adaptation of Geoff Johns’ Justice League storyline of the same name. As the Justice League goes to war against Atlantis, Arthur Curry embraces his destiny as the half-Atlantean superhero, Aquaman.

The film is available on Blu-Ray, DVD, and digital platforms on January 27, 2015.