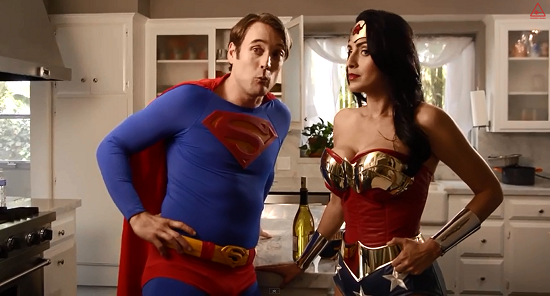 A new Nerdist comedy video titled "An Awkward Justice League Thanksgiving" is just as hilarious, inappropriate and predictable as you'd expect. You can check it out below, along with the official description. It's got some instantly quotable lines and, like the Lobo Paramilitary Christmas Special short, will likely end up being one of those videos that comic fans pull out at the seasonally-appropriate time of year for a good long while. Enjoy!

It's Thanksgiving at the Justice League of America household and things are just as awkward for them as they might be for your family. Join Superman, Batman, Wonder Woman, Green Lantern, and more as they give thanks.

Justice League's Awkward Thanksgiving is Exactly What You Expect