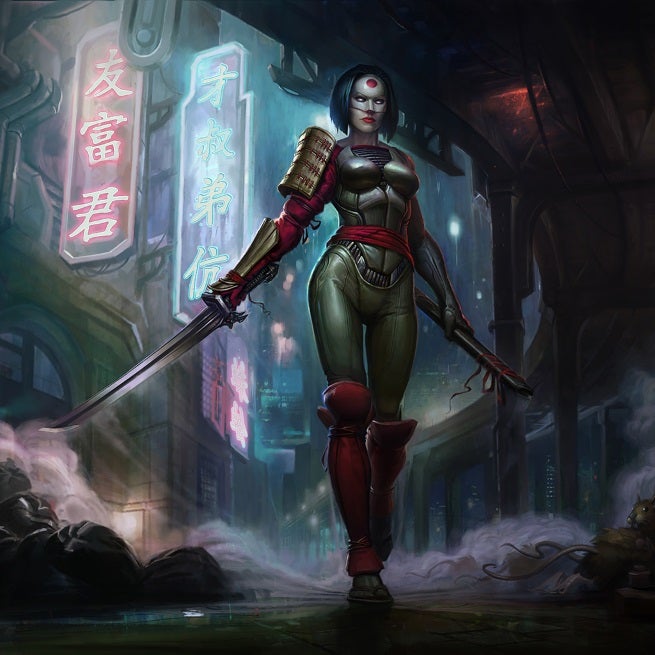 Tatsu was married to a member of the Sword Clan, part of the Yakuza crime syndicate. When her husband, Maseo, was murdered by his twin brother, Takeo, with his own sword, Katana took up that weapon, the Soultaker, and began her quest for revenge.

The Soultaker is now possessed by Katana's husband, and she uses it to steal the souls of her enemies, represented in game by her ability to use new abilities based on how many souls she has stored.

See Katana in action in the profile video below, and check out screenshots in the gallery at the bottom of the page:

Katana will be available in-game on March 4.