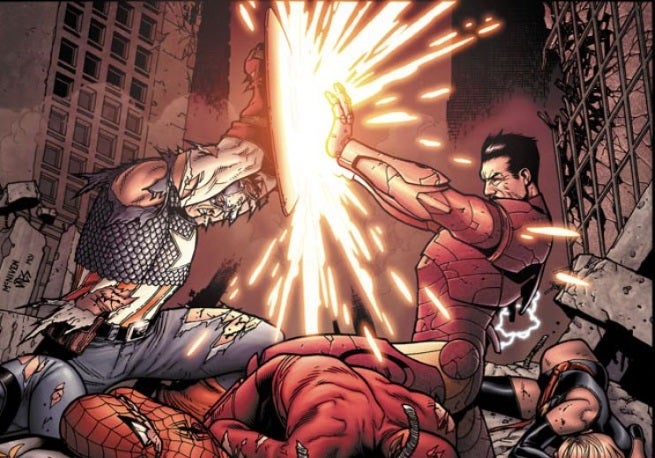 "Civil War," the Marvel Comics storyline that the Captain America sequel is based from, sees the U.S. government demanding that all of its superheroes register with the government and become federal agents. Registration would also require every superhero to reveal their secret identities, a caveat that fuels most of the Act’s opposition. But in the Marvel Cinematic Universe, secret identities aren’t a part of the Avengers’ lives. Everyone knows who Iron Man, Captain America, The Hulk, and the rest of the Avengers are. Thor doesn’t even have a secret identity.

During a follow-up Q&A, someone asked why any superhero would oppose the Cinematic Universe’s Registration Act if they did not have a secret identity to protect. According to SlashFilm, Feige said that the cinematic superheroes would oppose government oversight and answering to a higher power.

“It’s not about the secret identity thing, as much as it is about, overall, who reports to who, and who can agree to oversight committee,” Feige said. “Because as of now, in Avengers 2, there is no more security council, there is no SHIELD, obviously. Stark is paying for it, Captain America is running it, and things occur that will make governments begin to question.”

So, according to Feige, the Superhuman Registration Act will stem from the government’s desire to keep the Avengers and their superpowered allies in check. The forces opposing the oversight, led by Captain America, will obviously have a problem with that.