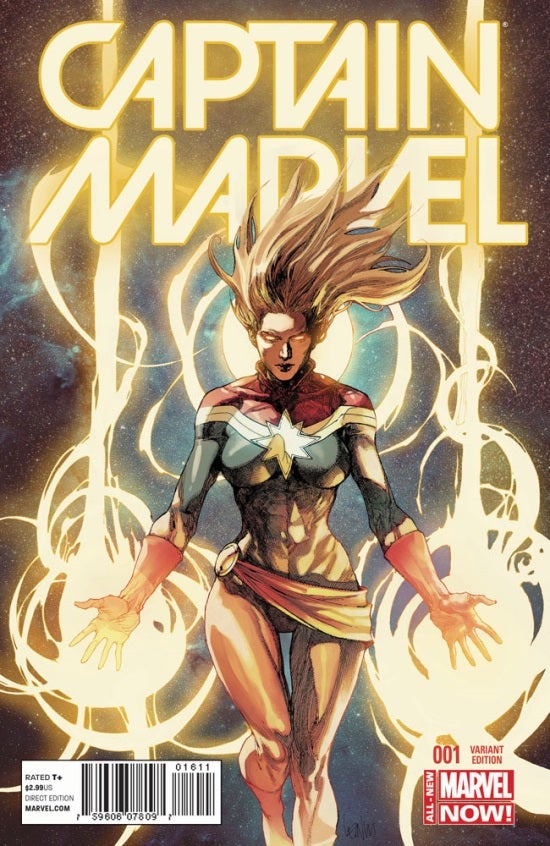 With the second volume of her Captain Marvel series hitting the stands this week, talk of when the Carol Corps might be represented on the big screen has been floating quietly around the Internet.

After all, with her promotion from Ms. Marvel to Captain Marvel, rumor had it that Carol Danvers could appear as soon as Avengers: Age of Ultron, although it has since been revealed that the new team members introduced in the film will be Scarlet Witch and Quicksilver instead.

As it happens, though, Marvel Studios has (as expected) done quite a bit of thinking about how they might commit Captain Marvel to the big screen, with studio head Kevin Feige seemingly hinting that Marvel's first female-led superhero movie might be Carol's, in part because he doesn't think they would get "credit" for making a Black Widow solo feature after her introduction as a supporting character in other, male-fronted Marvel movies. 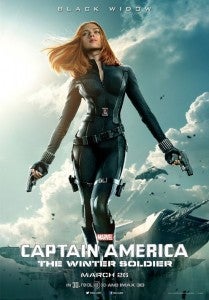 That said, don't expect much of anything through at least 2017...

"I think [Black Widow] has a central leading role in this movie. What people are really saying is 'When are you doing a standalone female superhero movie?' The answer is: I don’t know," Feige told Badass Digest. "We only do two a year, we know more or less what’s coming up through ‘16/’17. With Widow what’s great is the interaction with all the team members, and the question is whether we want to pluck her out of that."

Feige said that they'll continue to develop Black Widow in the Avengers sequel, and that she's got a lot of great material in the upcoming Captain America: The Winter Soldier, but seemingly debunks recent rumors that Scarlett Johansson will star in her own solo adventure soon.

"Frankly if we do a Black Widow movie after Age of Ultron, when she’s been central in three or four movies I don’t think we’d get the quote unquote credit for it," he said. "People would say ‘She’s already a big giant superhero!’ But if we had a great idea, we’d do it."

He added that they'd likely do "a wholly new character....Do an origin story," and replied to a question particularly about Captain Marvel that "We’ve talked a lot about her. I think that would be very cool."