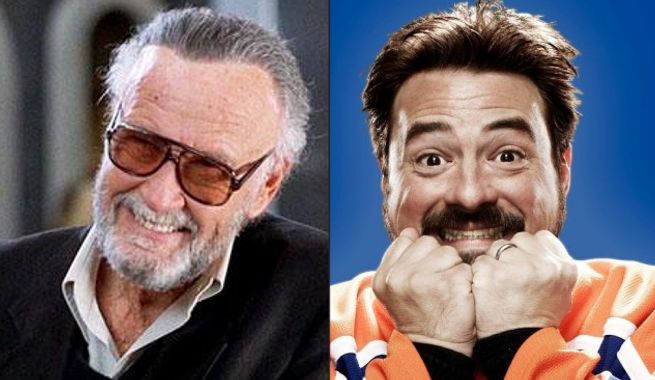 Kevin Smith has announced "MallBrats" as the official title to his Mallrats sequel.

Coming from his Facebook page today, Smith's annoucment also included a look at the script's title page, story teases, and the promise of a "bloody battle with Stan Lee."  One of the Mallrats vs. Stan The Man himself? The comics legend may be a little frailer than he once was, but there's no doubt he could hold his own in a food court fight.

On a more touching note, Smith also dedicated the news (or maybe the whole film) to Jim Jacks, the original Mallrats producer. He's the man to the left of Smith in the post's photo.

IT'S MALL OR NOTHING!20 years in the making. 113 pages fulla old friends, new jokes and a bloody battle with Stan Lee! This is for you, Jim. Wish you were here... #MallBrats

Based on the script's title page, it looks like Smith has finished writing the sequel's first draft. While a number of Mallbrats' cast has been announced, the sequel's release date is still a mystery.

So, what do you think the title "MallBrats" signals? Perhaps the next generation of Mall-trolling troublemakers? And who do you think Stan Lee will skirmish against? Sound off in the comments below.