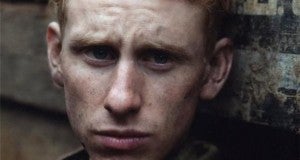 Robert Emms, of War Horse and Mirror Mirror fame, has joined the cast of Kick-Ass 2: Balls to the Wall as Insect Man, reports Deadline.

Emms can be seen next in Broken, a thriller in which he stars opposite Batman Begins villain Cillian Murphy and The Incredible Hulk villain Tim Roth. With a little luck, he took some useful information away from those collaborations that he can use to play a caped crusader.

According to the Kick-Ass Wiki, "Insect Man claims to be a policeman but uses a costumed secret identity to do things that being a policeman doesn't allow him to do. In legal terms he would be considered a corrupt cop but his intentions appear to be noble. However, he wouldn't be the first superhero to lie about his origins, so anything he says is questionable. He joined Justice Forever, and armed with a baseball bat, assisted them in breaking up a human trafficking organization."

The film is being produced by Matthew Vaughn, who directed the first film but was unavailable for the sequel as he’s working on X-Men: Days of Future Past. Kick-Ass 2 will be directed instead by Jeff Wadlow, with Christopher Mintz-Plasse, Aaron Johnson and Chloe Moretz all returning to reprise their roles from the first film. Spawn's John Leguizamo and Scrubs's Donald Faison will join the cast for the new installment.

Kick-Ass 2: Balls to the Wall is due in theaters on June 28, 2013 and will reportedly adapt the Kick-Ass 2 comic book series by Mark Millar and John Romita, Jr., as well as the Hit-Girl miniseries.