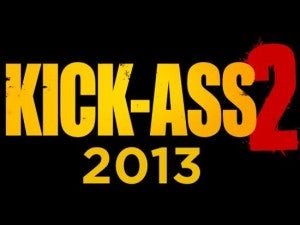 The Kick-Ass 2 extended red band trailer from San Diego Comic-Con has been officially released online. Here’s the description for Kick-Ass 2. Kick-Ass, Hit Girl and Red Mist return for the follow-up to 2010’s irreverent global hit: Kick-Ass 2. After Kick-Ass’ (Aaron Taylor-Johnson) insane bravery inspires a new wave of self-made masked crusaders, led by the badass Colonel Stars and Stripes (Jim Carrey), our hero joins them on patrol. When these amateur superheroes are hunted down by Red Mist (Christopher Mintz-Plasse)—reborn as The Mother F%&*^r—only the blade-wielding Hit Girl (Chloë Grace Moretz) can prevent their annihilation.

Kick-Ass 2 is scheduled to be released in movie theaters in the United States on August 16, 2013.