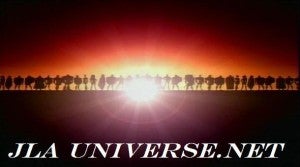 With the announcement earlier today that fan fiction is "going legit" with Kindle Worlds from Amazon, one has to wonder: what--if anything--does this mean for comics?

First off, it's worth noting that the idea isn't farfetched; Amazon's website describes the concept as "New stories inspired by books, shows, movies, comics, music, and games people love."

With Amazon's Kindle Comic Creator, it's a distinct possibility that fans with a story and the art skills to make it happen could submit to Kindle Worlds. Of course, the "worlds" being opened to fans aren't yet listed in full.

Comic books are an industry where creators have many fans who believe they could "do better" if only given an opportunity to work with the characters--but would Marvel or DC (or, more accurately, Disney and Warner Bros.) be willing to license the properties to Amazon to give it a chance?

Probably not, honestly. While the properties announced so far--Warner Bros. Television properties like The Vampire Diaries--are popular and valuable, but there's not a thriving publishing venture already at work producing regular material starring those characters.

That said, it's somewhat more possible that they could open up prose writing--which wouldn't compete with their comics, and with which both Marvel and DC have had only spotty success in the past--to fan fiction interpretations. Still unlikely--but plausible. Authors like Kevin J. Anderson and Greg Cox, who frequently write Warner Books featuring DC Comics characters, are not widely loved by the fan base, which reduces the potential for their novels essentially to casual fans...a demographic the comics publishers have a hard time getting a handle on. They tend to prefer the hardcore fans who stay on board for years and years of elaborate soap opera, and those people could not only be attracted by well-done authorized fan fiction but may be some of the most likely to produce it and then promote it to their friends.

Marvel, for their part, rarely even gets into the prose books anymore, although they've had somewhat more luck both critically and connecting to audiences with Peter David-penned stories.

On that note--does Amazon plan to differentiate between the two? Could I start a Vampire Diaries graphic novel and submit it to the site? It looks like no at present, as it says that they'll accept "novels, novellas ans short stories"--but we've got an inquiry out to clarify.

It's more likely than not that it will be creator-owned works with a dedicated fan base that take advantage of this, if anyone in comics does. Much like selling original art to make ends meet, giving others license to work with your creations might not be ideal but will almost certainly be an opportunity for revenue that some creators will want to explore.

Some creators, obviously, will never go for it. It's nearly impossible to imagine, for example, Erik Larsen ceding enough control of Savage Dragon to allow such a thing to go forward. Also at Image, though, it's plausible that Todd McFarlane, who hasn't personally done Spawn for much of the title's life, might go for it provided he had approval of the content before it was published and for sale.

It could be interesting, too, to see whether certain licensed properties with a small-but-dedicated fan base will be willing to go the Amazon route the next time a publisher gives up on them. How many different homes have things like Buck Rogers and Robocop had, after all?

That complicates this, of course, is movie and TV rights. Even though the two types are routinely sold separately, some studios want everything bundled so that they can make toys and books and whatever else it occurs to them to make based on their film. This writer once approached the estate of a mystery novelist, asking about doing a graphic novel based on one of his books. The author's lawyer was excited by the prospect--but checked the contract and saw that the comics rights were tied up with a movie deal that was in limbo in Hollywood, had been for many years and still is years later.

It would have to be very clear that the print rights can be reacquired by the original copyright holder in case a new film were to go into production and the filmmakers demanded control of ancillary rights. Imagine a big-budget movie deal falling through because the print rights to the characters (wanted for licensing and what-have-you) are tied up with a bunch of enthusiastic college kids.

Kindle Worlds: What Could It Mean For Comics?