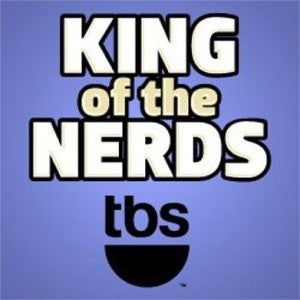 TBS has just announced the 11 contestants for the second season of their reality competition series King of the Nerds. Robert Carradine and Curtis Armstrong will be returning as both hosts and executive producers.

In King of the Nerds, competitors face challenges that test their intellect, ingenuity, skills and pop-culture prowess. The nerds live together in “Nerdvana,” competing first as teams before moving on to individual challenges. In the end, only one competitor will be named the quintessential master of all things nerdy, winning the $100,000 prize. This season’s enhanced finale will also be decided by pure nerd skill rather than by vote.

The following are the 11 competitors set to participate in King of the Nerds Season 2:

Brian, 27 – Urbana, Ill.– Library science scholar who enjoys German-style board games and discussing 18th-century European history. At one time, he had 100 books checked out from the Yale library.

Chris, 27 – Waco, Texas – Structural engineer who loves to travel and aspires to work in the space exploration industry.

Katie, 24 – Pittsburgh, Penn. – Roboticist and puppeteer whose work has appeared on Broadway and who formerly performed in ballet companies.

Kayla, 28 – Greenacres, Wash. – An ice hockey player who also holds a master’s degree in space studies and believes she will one day reach Mars.

Kelsey, 23 – Canton, Ga. –  Quad-lingual Japanophile who is equally as interested in playing video game music on the piano as she is keeping up with fantasy/sci-fi novels and swing dancing.

Zachary, 21 – Minneapolis, Minn. – Fantasy writer and hardcore gamer who has also memorized more than 300 hours of musical lyrics in genres ranging from J-pop to rock.

Guest stars set to appear throughout the second season of King of the Nerds include Bill Nye (Bill Nye the Science Guy, Dancing With the Stars), Mayim Bialik (The Big Bang Theory), Jon Heder (Napoleon Dynamite), Kevin Sorbo (Hercules) and Kumail Nanjiani (Franklin & Bash). The season will also feature a Revenge of the Nerds reunion and return appearances by George Takei (Star Trek) and Yaya Han.

King of the Nerds will kick off its second season on Thursday, January 23 at 10 PM ET/PT on TBS.