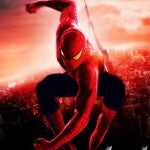 She's in. She's out. It seems as if Kirsten Dunst's status for 'Spider-Man 4' changes on a weekly basis. Until now. According to the NY Post, Dunst is 'definitely' on board for the fourth installment of the franchise. This confirmation comes from producer Todd Black, although the Post didn't use direct quotes. Call us skeptical. Black also shed light on a possible villain for the upcoming film:

"We're just coming up with who the villain's going to be now. We'll be shooting in New York again. Trust me, people will appreciate who we pick, because it'll be a big part of New York."

The Post is thinking it's the Kingpin, but we're not so sure. More on that later.

Kirsten Dunst On Board for 'Spider-Man 4, Kingpin the new villain?

Dr Disrespect Says Call of Duty: Warzone Is "a Joke at This Point"