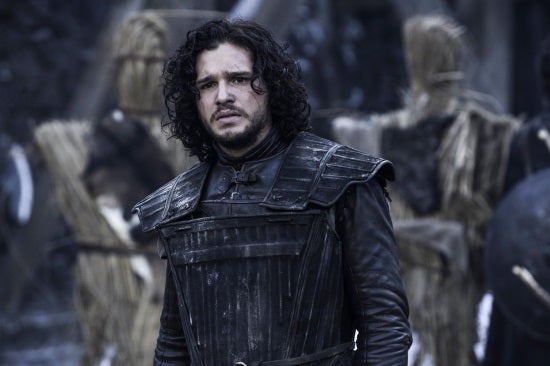 “Game of Thrones,” like most shows on HBO, is known for having a good deal of nudity. Fans and actors alike have noted the disparity between the high amounts of female nudity compared to a significantly lower amount of male nudity. Kit Harington, the actor who plays Jon Snow, would like to see that change.

"It's only right,” Harington told GQ (via NY Daily News), “if you're going to make a show where nudity and sex is a large part of it, that you be a part of that.”

Despite that, Harington still noted that he wouldn’t exactly be jumping at the opportunity to strip down himself.

Harington also hinted that fans can expect a bleak fourth season of “Game of Thrones.”

"It's getting worse," said Harington. "What I wonder is how people can deal with something going dark and dark and darker. Being unrelenting in how pessimistic things are. They really push it."