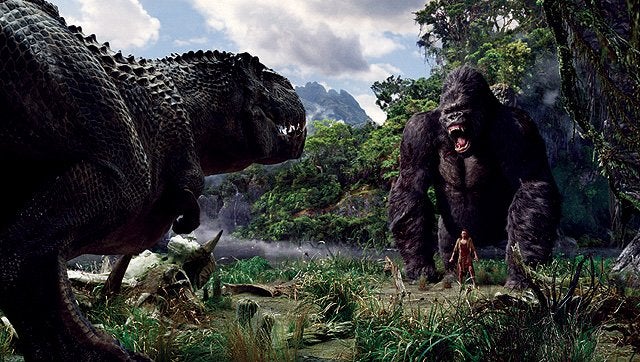 While Kong: Skull Island's title makes it clear that some of the King Kong prequel will take place on the iconic Ape's home turf, new reports indicate that it will also occur in the concrete jungle.

That jungle is Detroit, to be exact. In a recent red-carpet interview with MTV, Skull Island star J.K. Simmons revealed that the film will partially shoot and take place in the Michigan city. And according to Simmons, the film—or at least the Detroit segments—will occur in 1971, giving the film a decent shot of urban retro to balance out all that nature.

"It's where I grew up," Simmons told MTV, "And we're going to shoot in Detroit during baseball season, so I'll get to go to Tigers games. There's a lot to like about [making] this movie."

Simmons couldn't say much else about the Kong prequel, other than that director Jordan Vogt-Roberts will have "an interesting new take" on the Kong mythology. Simmons is joined by fellow comic book actors Tom Hiddleston (Loki) and Michael Keaton (Batman) for the film, which will explore King Kong's mythical home of Skull Island.