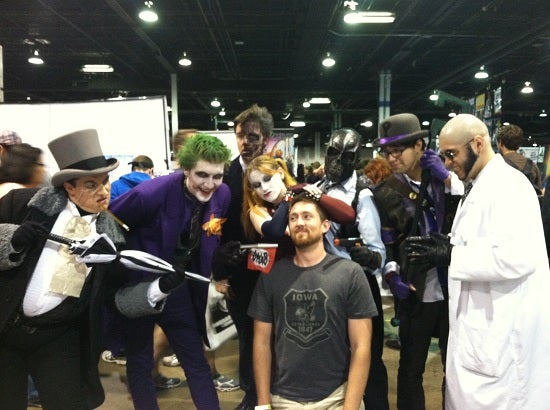 and C.O.W.L. writer Kyle Higgins announced today via Facebook that his final issue of Nightwing, #29, has already been solicited and that next week's DC Comics solicitations will not include his name on the book. "I've talked many times about my love for Nightwing," Higgins wrote. "He was the hero I grew up with, the book that got me collecting, and the inspiration for my first film. For all those reasons, I had a lot of reservations about launching his New 52 series. What if I wasn't good enough? What if DC wouldn't let me tell the stories I wanted? What if people hated it? What if I hated it?" That didn't happen. For the most part, fans and critics alike found Nightwing to be one of the better books in the Batman line under Higgins's pen. 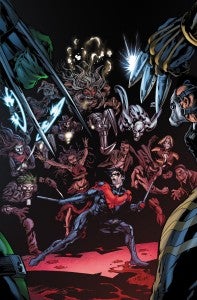 "As much pressure as I felt about doing DG justice, the truth is there's very little I ever could have done to break him," Higgins added. "He's an amazing character who's been around for almost seventy five years and will still be around long after I'm gone. Instead of thinking about what I've been able to do for DG, I've found it much better to think about what DG has been able to do for me. In that regard, I'll only ever be able to look at my time on Nightwing and smile. Why? Because Dick Grayson made me a better writer." Higgins's announcement comes as Dick Grayson's future is very much up in the air. During the recent Forever Evil crossover event, the hero's identity was revealed publicly and there has been quite a bit of teasing that he might not make it out of the story alive. That Higgins says Nightwing will have a new creative team suggests that Grayson will probably endure--but in what form isn't totally clear, and as yet we've heard nothing about who might step in to replace the current team. It's perhaps worth noting that both with the return of Wally West and the end of Teen Titans, it seems that Grayson's old friends the New Teen Titans may be ready for a return in a big way. Once one of DC's best-selling titles, that particular group of Titans have frequently been the focus of pushes on the part of the publisher to make second tier characters feel more important and organic to the DC Universe.

Report: WWE's Plan That Prompted Sasha Banks and Naomi To Walk Out of WWE Raw