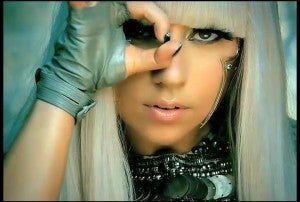 After having a banner year in 2009, pop icon Lady Gaga is off to a fast and furious start, this time with another, more wide-spread, comic book adaptation in the works. Unlike the previously announced comic book project focusing on Lady Gaga, this comic, courtesy of Bluewater Productions, the company famous for its line of "Female Force" comic biographies, will launch a new line of books titled "Fame". The project will focus on the life stories of noted entertainment personalities, and Gaga's story will be the first produced. Free Comic Book Day, May 5th this year, will be the release date for the book, and Bluewater's president, Darren G. Davis, had nothing but enthusiasm for this new line. “Over the past year we saw an opportunity to broaden the scope of who reads comics,” said Davis, "There were many who had never picked up a graphic novel or comic book buy our biography titles like Female Force and Political Power. Fame is the natural extension of that trend.” The fame line seems to be a natural next step for the company, especially following the success of their Michael Jackson tribute comic. Davis, who used to work for E! Entertainment Television, knows a thing or two about working with entertainment material, saying, "Fame gives us the ability to tell more interesting stories about a wider variety of notable personalities. Conversely, it allows us to focus the scope of our other biography titles to more socially and political important figures.” With already a top five single this year with "Bad Romance", Gaga is a perfect choice to headline this new line of books. Look for it in May!

Lady Gaga Gets ANOTHER Comic Book Treatment, Courtesy of Bluewater!