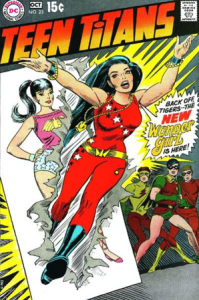 "Thank you, thank you, thank you--to everyone who replied to the news of Nick's failing health with kind words and warm wishes, testimonials of love and of the joy he brought to us with his beautiful artwork and wonderful stories," Rousseau and Cardy's mutual friend Craig Rousseau had written earlier today. "I read each of your messages to him, each one bringing a smile. But, sadly, Nick's congestive heart failure and respiratory issues are too far along for the Doctors to treat any further. We have called in Hospice and they are keeping him comfortable and free of any pain. He is sleeping and smiling, dreaming, and gently slipping away. Thank you all, for your words of comfort and love. Nothing has made him smile more than hearing that he'd brought so much happiness to the world."

This evening, Rousseau told fans that Dezago informed him Cardy had passed away.

Cardy, who was inducted into the Will Eisner Comic Book Hall of Fame in 2005, was best known for his work with DC Comics, where he had lengthy and influential runs on Teen Titans and Aquaman.

A World War II veteran, Cardy got his start in the late 1930s drawing non-superhero work like Fight Stories and Jungle Comics. He worked with the legendary Will Eisner on the four-page backup feature "Lady Luck" in Eisner's Sunday newspaper supplement "The Spirit Section," from the May 18, 1941 strip through February 22, 1942. While the stories were credited to Ford Davis--a house pseudonym given to whoever was working on the feature at the time, Cardy--whose birth name was Viscardi--would work in the initials "NV" into each story. 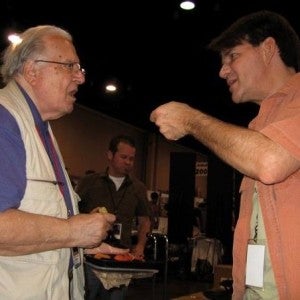 After his work at DC in the 1960s, the '70s saw Cardy become one of the most widely-used cover artists at the publisher. His covers were so distinctive that they became nearly as influential as his sequential work. As recently as last week, Savage Dragon creator Erik Larsen shared a cover to an upcoming issue with fans on social media, saying that it was a tribute to Cardy's cover work. The image, seen here, has the name "Nick" worked into the background.

In the years since his de facto retirement from comics, Cardy had worked in commercial ilustration. Some highlights of his later career included the movie poster for Apocalypse Now and work on the comic book miniseries Seduction of the Innocent and Tellos.