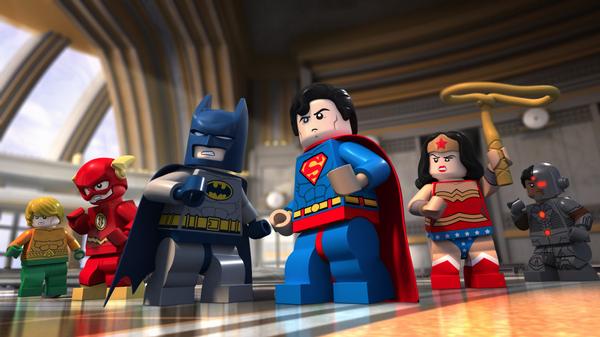 Cartoon Network announced via Twitter this morning that Lego DC Comics: Batman Be-Leaguered will debut on the channel in less than two weeks, on October 27.

The story centers on Batman, who is reluctant to become part of the Justice League and prefers to work alone. However, when the heroes begin to disappear, The Dark Knight must get down to work and save his comrades.

The story seems to feature pre-New 52 versions of the (Lego) DC superheroes, and likely features a more traditional Batman rather than the one seen in The Lego Movie and its just-announced spinoff.

A number of DC superheroes have previously shared the screen with a Lego-ized version of Batman in LEGO Batman: The Movie - DC Super Heroes Unite, which was released in 2013.

Lego Batman 3: Beyond Gotham was one of the biggest hits of New York Comic Con and will be available on November 14.

You can see the trailer above, courtesy the Cartoon Network's U.K. YouTube channel. Lego DC Comics: Batman Be-Leaguered will debut in the U.K. on November 11.