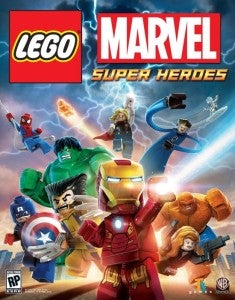 TT Games has made a habit of rebuilding popular universes entirely out of Lego brick, from the streets of Gotham to Hogwarts to a galaxy far, far away. Now, TT Games has turned its attention to the Marvel Universe in Lego Marvel Super Heroes,  turning Marvel's New York City into an open world for players to explore, be they running, driving, flying or web-slinging.

The game's story spans 15 levels that will send players from Grand Central Station to the X-Mansion to Asgard in order to foil the plans of Loki, Magneto and Doctor Doom. The characters involved in the story missions are those most recognizable from the Marvel movies – Spider-Man, the Fantastic Four, and the movie lineups of the Avengers and X-Men – but there are over 100 unlockable characters in the game. These characters can be used when you return to story levels in “free play” mode or when you are exploring New York or doing side missions.

The story is centered around the special “cosmic blocks” that make up the Silver Surfer's board. Doctor Doom wants them for one of his schemes and has enlisted the help of every fellow villain in his villainous contacts list to help him acquire them. These villains are as recognizable from the big screen as the heroes, including Red Skull, Doctor Octopus, and Loki (wielding the same tesseract and sharp staff that he had in the The Avengers). Its a simple plot, worthy of a Saturday morning cartoon, but it keeps all the missions feeling cohesive. There's a lot of humor in the writing – including some hilarious, self-deprecating jokes from Spider-Man about how angst-ridden his life is – and the voice acting is spot-on, especially the familiar voices of Clark Gregg (reprising his live-action role as Agent Coulson) and Steve Blum (returning as Wolverine). In true Marvel fashion, there's even an “after credits” scene for those who stick around past the game's ending.

Completing a mission involves using the various skills of the heroes involved to solve puzzles and beat up bad guys. The combat in the game is frequent and simple. There's no real penalty for failure or defeat, and the minions can be defeated with simple button mashing, but TT Games has put a lot of effort into giving each character unique combat animations so that they each feel different. Knowing that each character has a different feel makes unlocking new character much more rewarding than if they were simply palette swaps of other characters. The animations are fast, fluid and sometimes humorous, particularly the Hulk's, which are taken straight from the Avengers film.

Most often, advancing in a level requires players to solve puzzles. Usually, this means figuring out which of your available heroes has the skills needed to flip a certain switch, climb a certain wall, or blow up a certain object. They're by no means complicated, but they keep your brain going. Switching between character to access their unique skills makes your group of heroes feel like they're working as a team, recreating the feel of a great superhero team comic book in a more successful way than most other superhero games. It also emphasizes the importance of working together to create a shared skill set, which is a nice subtext for younger players.

While some characters have fitting and obviously useful powers or skills (Black Widow is a gunslinger, can turn invisible using a stealth gadget, and is smart enough to work advanced computer terminals), some are a little forced or silly. The idea of switches designed specifically for Wolverine's claws or Captain America's shield is a stretch. There's also no good reason for why Captain America or Mister Fantastic can only use their skills or powers to their fullest while on certain platforms emblazoned with their respective logos. All of that can be can given a pass, though, as part of the level design, an attempt to keep the game simple and accessible for all ages, or simply keeping with the whimsical tone of the Lego series. However, particularly contrived instances, like Mister Fantastic turning into a fire engine and somehow spraying water from no particular source to put out a flame, may still irk some fans.

What's worse is that sometimes the clue or cue that should signal which power you need to access to move forward isn't as obvious as it should be. In these instances, a player can find themselves frantically scouring a room to the point of frustration looking for which object they need to lift, destroy, or melt or in order to progress, by which point the accomplishment is no longer a reward but simply a relief. This is particularly frustrating in situations where you are required to build an object or device out of a pile of Lego blocks, since these blocks won't signal that they are usable for building until all of them have been uncovered. This means that if a player is missing just one block from the pile then they have no indication that building is the solution, and instead spend a chunk of time scouring the room for any possible power indicator relevant to their current group's power repertoire before finally busting open that one last object with the one last brick in it. It creates a feeling of unfairness and of time wasted that can take a bit of the fun out of puzzle solving.

The boss battles are real highlights for the game. Set pieces pitting the heroes against a single villain or two working in tandem, they involve fighting a horde of minions while the boss makes his big attacks. When the boss is finished attacking, the heroes build an object or device out of the pile of bricks knocked loose by the villains attack, then combine that device with their powers and skills to turn it against the bad guy. Its a simple formula, but each boss battle has a spectacular visual element to it that makes it feel special. The formula recreates the feel of a great comic book showdown by having the heroes work as a team to take the bad guy down, and by having the heroes turn the villains own attacks against them.

The game can be played single player or multiplayer using split screen. In addition to to the story, there's plenty of side missions, races, and unlockable characters to find for those that want to explore the Lego recreation of New York City. While the story only takes 10-12 hours to get through, playing through it alone will unlock barely a fraction of the content available in the game, meaning there's plenty of reason to return after the story is done.

A couple minor technical glitches and frustrations aside, TT Games has created a fun, all ages game worthy of the Marvel name. The story is entertaining, the gameplay is engaging and emphasizes cleverness over combat, and the world is expansive and fun to explore, with Easter eggs littered throughout for the hardcore Marvel fan. Any “true believer” should definitely check this one out.