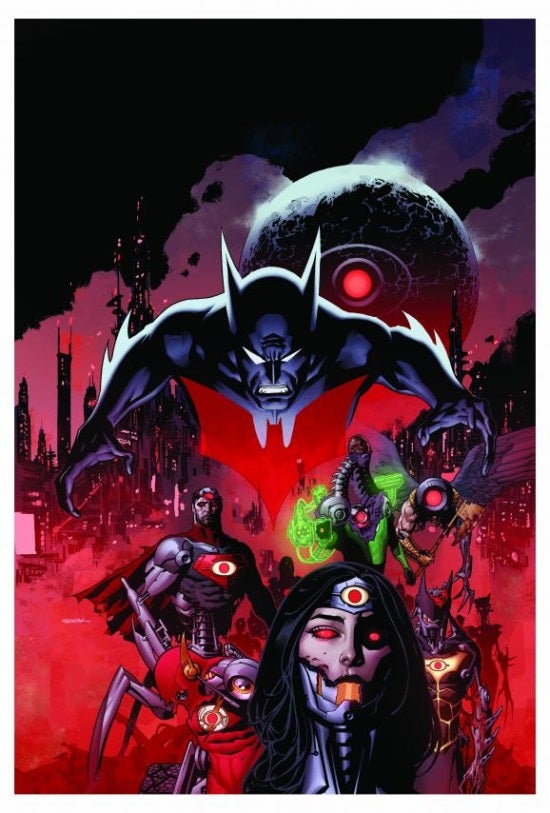 Brian Azzarelo (Wonder Woman), Jeff Lemire (Justice League Dark), Keith Giffen (Justice League 3000) and Dan Jurgens (Superman) spoke about about The New 52: Futures End, a weekly ongoing series the four will be co-writing together. The series is set five years into the future of DC’s New 52 where things are not going well, if Ryan Sook’s cover to issue #0 is any indication. The series will run for 52 weeks with an art team of Sook, doing covers and character designs, Ethan Van Sciver on issue #0, Aaron Lopresti, and Jesus Merino. Dan Jurgens will also lend his artistic talents to the series, and Giffen will provide art breakdowns.

The series will follow several different characters and span the past, present and future of DC’s New 52. The three characters who have been revealed so far are Firestorm, Frankenstein and Terry McGinnis, of Batman Beyond, who will be making his New 52 debut in this series. Lemire is getting a chance to work with Frankenstein again after writing Frankenstein: Agent of S.H.A.D.E. when the New 52 launched. They wouldn’t name any names, but they did say that the cast is much larger than just those three characters.

“And we should say,” said Lemire, talking to CBR, “that even though we've only revealed those three characters, the cast is quite large, and by no means are they the only characters we're using. The cast must be getting close to 20 characters that we're toggling between.”

“To give you an example,” added Jurgens “of how many different characters are in the book: All the characters you have mentioned so far, I'm not touching base with any of them. So there are quite a few characters in the book. The characters I'm dealing with are completely removed at this point from the Batman Beyond, or the Firestorm, or the Frankenstein story. Eventually, I'm sure they'll all mesh together. Like Jeff said, there's got to be at least 20 characters that we're juggling.”

Azzarelo mentioned that the Terry McGinnis in Futures End will be the New 52 version of the character, so fans should expect some differences.

The team also said that readers can expect to see some new characters popping up throughout the series’ 52 week run, but dashed any hopes that Wally West or Donna Troy might make an appearance, to which Giffen added “Get over it!”

The team also remained vague on plot details, but did hint that there were clues to be found in Sook’s cover to issue #0.

“The cover to issue #0 is filled with a lot of symbology,” said Jurgens. “I think everyone will recognize that as belonging to a certain OMAC-related element. That becomes something of a bonding element here. If you're starting to deal with that kind of a thing and that kind of a presence, that can build into something that can relate, not only just across the entire globe, but throughout time as well. So that's something that's involved, totally.”

The team stressed again the series will make a big difference in the present day New 52 universe. The New 52: Futures End #0 will be released on May 3, 2014 as part of the Free Comic Book Day Celebration. Issue #1 will follow later that month. 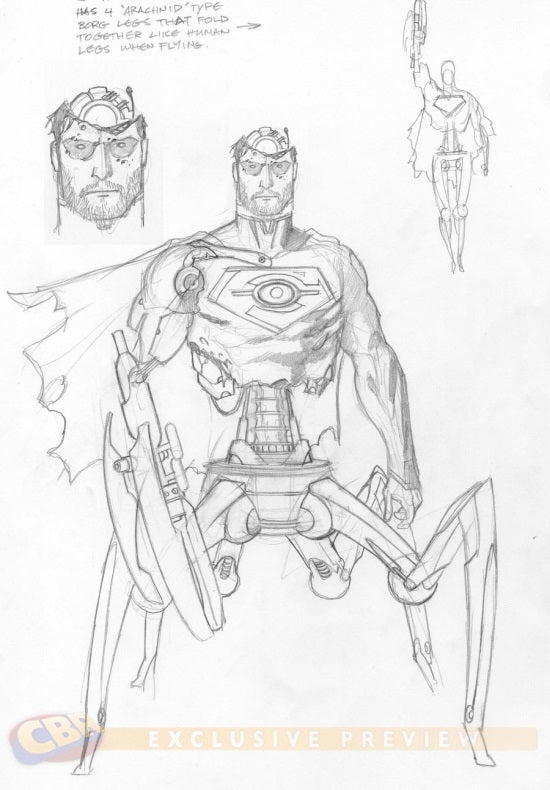 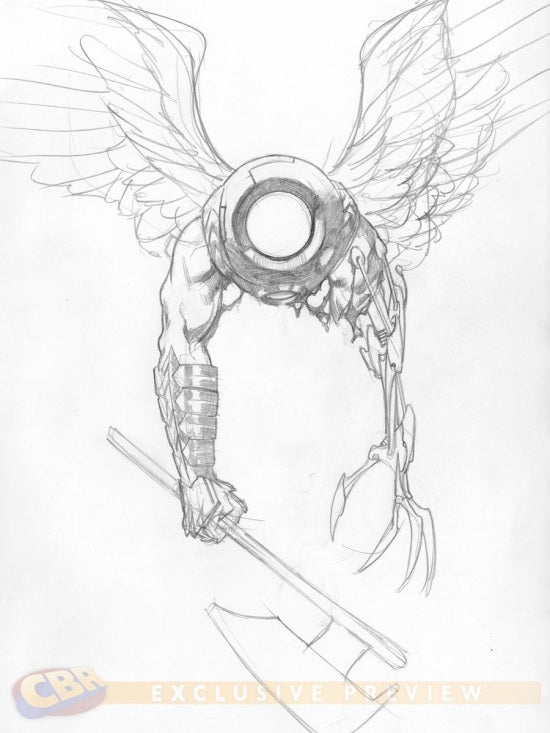 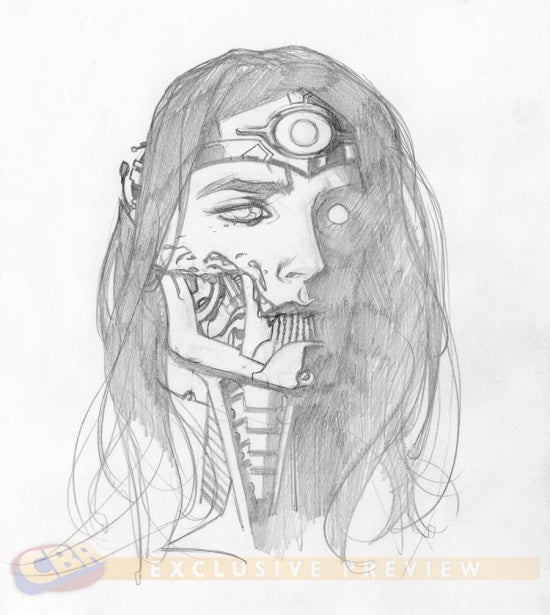 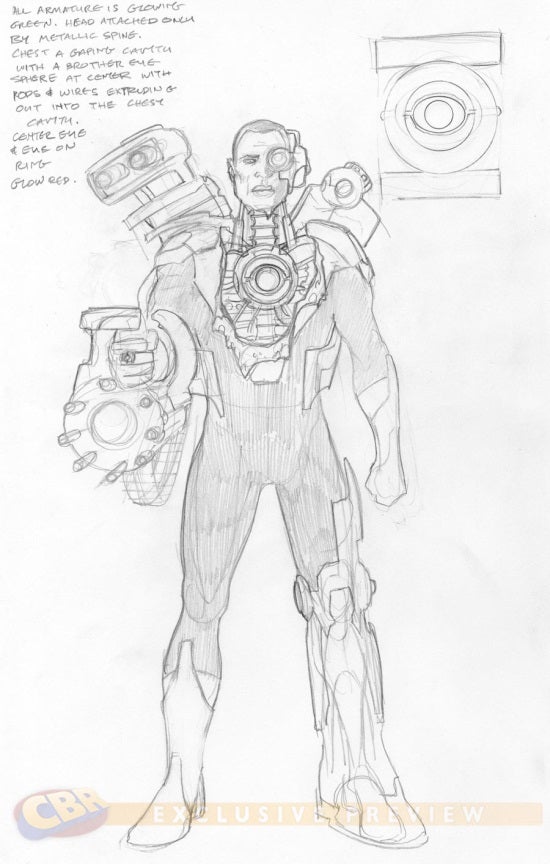