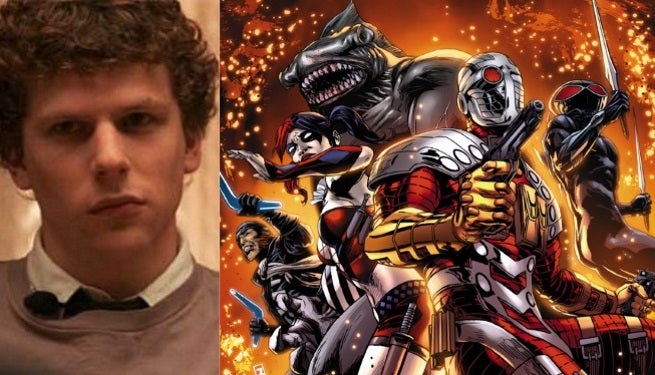 Deadline is reporting a rumor that Lex Luthor will appear in the upcoming Suicide Squad movie.

The report suggests that Warner Bros. is in negotiations with actor Jesse Eisenberg, who will debut as Luthor in Batman v. Superman: Dawn of Justice, to bring the character back for a second outing in Suicide Squad. The studio wants to use Luthor’s presence as a tether to the rest of their DC Comics film universe, since the film is otherwise self-contained.

Eisenberg would add even more star-power to what is rumored to be a cast full of A-list actors, with Will Smith, Margot Robbie, Ryan Gosling, and Tom Hardy all rumored for rolls in the film.

Suicide Squad will be directed by David Ayers. The film hits theaters in 2016.