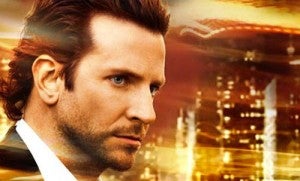 Bradley Cooper will executive produce a TV series based on his hit film Limitless, a kind of proto-superhero movie about an underachiever who reaches an artificial physical and mental peak after taking a drug that unlocks previously-unavailable portions of his brain.

The film, one of the first that used Cooper as a marquee star, opened at #1 in the U.S. box office and went on to gross over $150 million, with another $30 million or so on home video. It starred Cooper along with Robert DeNiro and Abbie Cornish.

The actor will not star in the series but will produce along with Leslie Dixon and Scott Kroopf serving as co-executive producers, reports Deadline.

Added Georgeville TV CEO Marc Rosen, “The film has an organic natural extension into a compelling and sophisticated one-hour drama that is both a thrill-ride and a social commentary.”

The film does lend itself to a sequel (at the end of the film, the fate of the main character and the drug would both lend themselves to follow-ups) or even a series that played inside of the structure of the film which, on a couple of occasions, would use time-lapse storytelling, leaving chunks of the character's life during the story largely unexplored.

Limitless is part of a push by Relativity to break into the TV market, with MTV's Catfish and National Geographic's Act of Valor both spinning out of feature films by the studio and coming to TV soon.

Limitless Coming to TV From Guardians of the Galaxy's Bradley Cooper