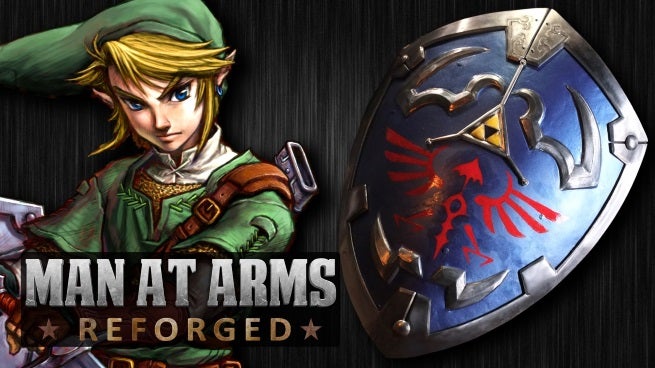 On the request of several of several fans, the team at Man at Arms: Reforged have released a video showing the creation of real life, function Hylian shield, as seen in The Legend of Zelda.

Though Link and Zelda’s appearances and stories change from title to title, certain artifacts of the legend reappear in several of The Legend of Zelda games. The Hylian shield, bearing the symbol of the tri-force a red bird crest, is one of those artifacts. It first appeared in The Legend of Zelda: Ocarina of Time, and has since reappeared in Twilight Princess, Skyward Sword, and A Link between Worlds.

You can see the entire forging process in the video below. They even created a replica of the original Master Sword to go along with it.

The Legend of Zelda has been in the news lately thanks to rumors that a live action television adaptation was in the works at Netflix, a rumor Nintendo’s CEO says is “inaccurate.” If the series does come to pass, the Man at Arms team seems like a good choice to create some props.

The next Legend of Zelda video game is currently in development for the Wii U, and is expected to be released in 2015.

Link's Hylian Shield From Legend Of Zelda Built By Man At Arms: Reforged