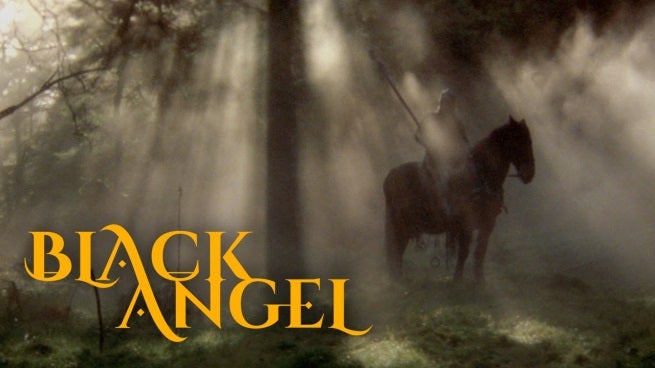 For a limited time, Black Angel, the 1980 fantasy short film that aired before first run screenings of The Empire Strikes Back in Europe and Australia, is available to stream for free on YouTube. Uploaded on May 12, the film will remain available to stream freely through May 2015. In the exclusive introduction filmed to accompany the YouTube release, writer and director Roger Christian teased more big news concerning Black Angel would follow on June 2.

Christian wrote the story of Black Angel and brought the script to the attention of George Lucas when the Star Wars creator was searching for a film to accompany Empire. Lucas commissioned the short film on the spot. The 25-minute film was produced on a budget of £25,000, given to Christian by an Eady Scheme fund from the UK government.

Shot in the Scottish Highlands, Black Angel is an epic fantasy adventure that follows a knight (Tony Vogel) who returns from the Crusades, only to be transported to a fantasy world to rescue a princess from the clutches of a dark and mysterious character. Steven Spielberg described Black Angel as "one of the most enigmatic films I've ever seen."

Black Angel was lost for 30 years after its release, until December 2011, when an archivist at Universal Studios came across the negative. The prints ended up in the United States after the collapse of the UK studio Rank, which had stored the prints, along with other film negatives, in World War II bunkers. The film was restored, frame by frame, by a visual effects company, before having its "re-premiere" in October 2013 as the closing film of the Mill Valley Fall Arts Festival. It was also screened at the Glasgow Film Festival in Scotland and released on iTunes in early 2014, where it shot to the top of the short film chart.

Christian won an Academy Award for Art Direction for his work on the original Star Wars, and was nominated again for his work on Alien. Considered a key part of the "Star Wars family" of writers, directors, cinematographers and crew who helped birth the Star Wars franchise at its inception, Black Angel was Christian's directorial debut.

Lost Black Angel Short That Aired Before Star Wars: The Empire Strikes Back Released On YouTube