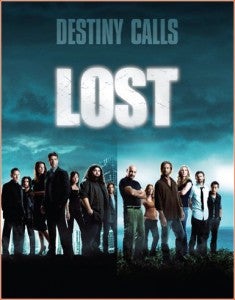 Damon Lindelof, the co-creator and showrunner of the hit ABC series Lost, is finalizing a three-year overall deal with Warner Brothers Television that will bring him back to TV after two years spent spearheading feature films like Star Trek and Prometheus.

“I’m ready to come back to TV full-time,” Lindelof is quoted in a Deadline article. He also says that he considers himself a writer above all and looks forward to the diversity of opportunity that signing with Warner Brothers gives him. Of his former production partners at ABC, the producer said, “It was important that I would be able to sell to any network, and I wanted to be able to do cable series, and, based on their business model, I felt it would be enormously challenging for them to do that.”

That problem is one that's been discussed in the past by Scrubs creator Bill Lawrence who recently brought his series Cougar Town to Warner's TBS after struggling to find its footing on ABC. Working with ABC Studios, he has explained, makes it incredibly difficult to sell to any other networks. In fact, one of the last shows to do so was Scrubs, which aired its first seven seasons on NBC before jumping to ABC to wrap up its stories.

Other executives, including Conan O'Brien and Lindelof's Lost partner J.J. Abrams, have made their way to Warner for similar reasons.

So--does all of this mean it's finally time to start talking seriously about what an Abrams/Lindelof Star Trek TV series might look like? It's unlikely. After Star Trek 2 and Prometheus wrapped, the producer told Deadline that he's "got the robot-spaceship future bug out of my system.”