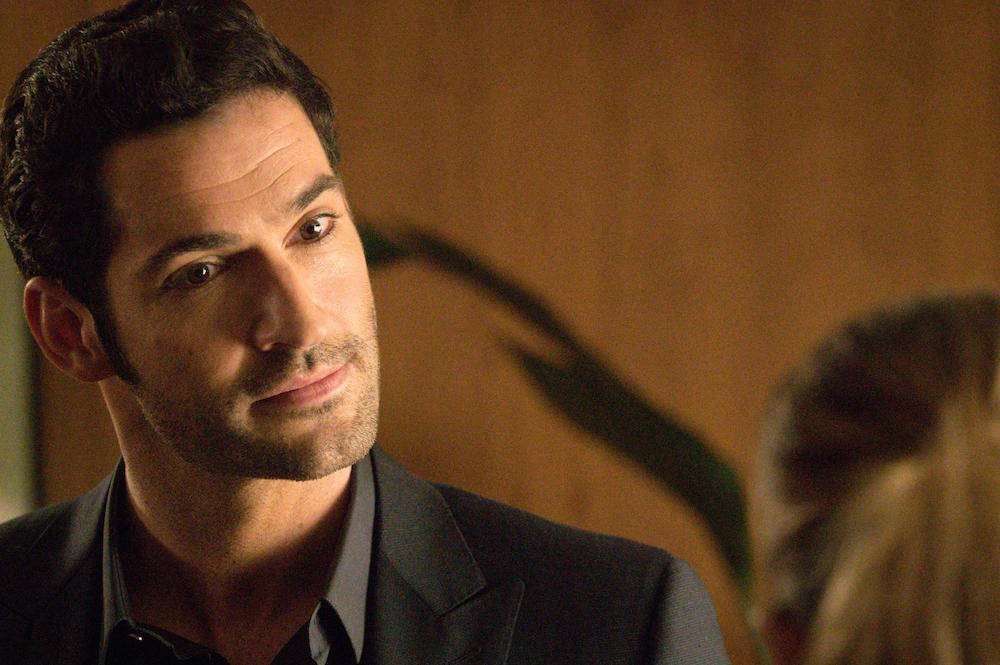 After burning his wings, Lucifer (Tom Ellis) celebrates his "birthday" at Lux, and although Chloe (Lauren German) accepts his party invitation, she brings her husband, Dan (Kevin Alejandro), and leaves quickly to attend a different party. The police squad is throwing a welcome-back party for Malcolm (Kevin Rankin) – the police officer Chloe initially accused of corruption, who miraculously came back from life support with the help of Amenadiel.

Lucifer doesn't understand why he feels like "a fat man is sitting on his chest," until his doctor, Linda (Rachael Harris), identifies his feelings as jealousy. He gets particularly upset when she is with Dan, so he perhaps, Lucifer thinks, he should get to the bottom of Chloe's broken relationship with her husband, hopefully inspiring them to end it.

He next meets Chloe at the scene of a crime, where a "cheaters' therapist" – who encourages married couples with problems to cheat – has been killed. Unfortunately, they can't look into the therapist's patients' files without a court order and an approved therapist. The scene immediately cuts to a new scene, where we see Lucifer in bed with a judge, who circles Linda's name on a piece of paper and signs at the bottom.

Linda will only let Lucifer reads the files deemed necessary for the investigation, but he does use his charms to convince her to help him win over Chloe. However, Chloe is reluctant to work with Lucifer's actual doctor, especially since he still "thinks he is the Devil." Surprisingly, Linda only finds record of one angry ex-patient, named Richard, despite the therapist's controversial practice.

Chloe reveals afterwards that the main reason she decided to leave Dan is that he put career before family, but she feels like he has been changing recently. She pursues Richard, who can quickly be found on top of a building, ready to jump. Lucifer is by his side – questioning him about the meaning of jealousy. Richard (Jim Rash) actually wasn't jealous at all, just very sad about the doctor's death. Lucifer convinces him not to jump, albeit unintentionally. Back on ground, Richard discusses his friendship with the doctor's wife, which negates her alibi.

Next, Linda meets Mazikeen (Lesley-Ann Brandt) at Lux, quickly analyzing her and putting Maz off her game. Chloe arrives and discusses the case with Lucifer and Linda, now believing the wife to be the killer, before she gets an urgent call from dispatch to meet Dan at their home, saying his phone has died. When she arrives, she finds Malcolm, waiting. He wanted to meet her in private to discuss the Palmetto corruption case, claiming that he was also pursuing corruption on the force when he got shot. 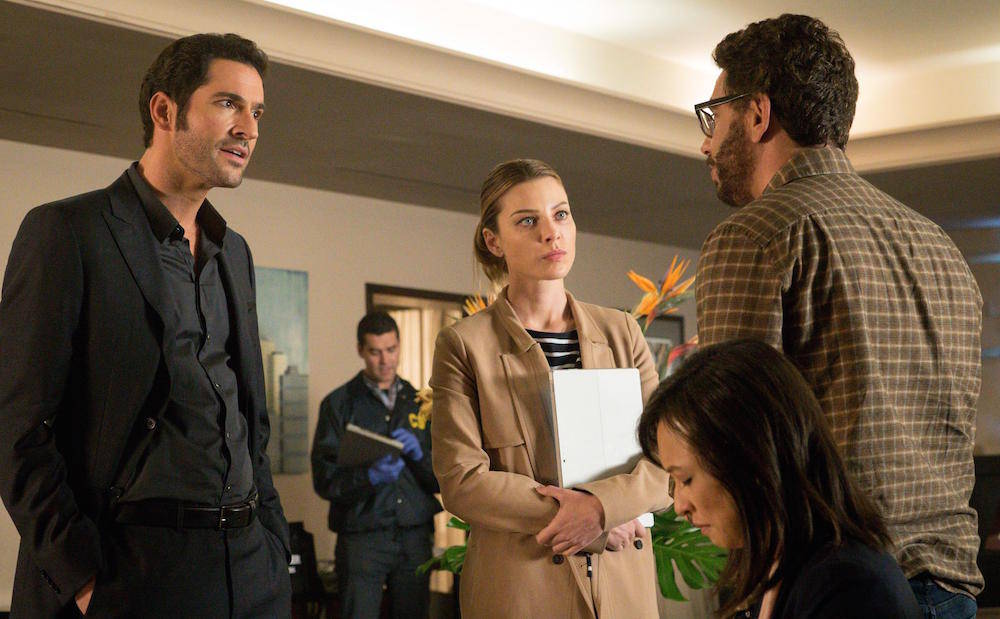 Later – Lucifer, Chloe, and Linda continue to pursue the case, but Linda has essentially turned on Lucifer, realizing he is definitely the crazy one. They meet with the deceased's wife, Sandy, who Lucifer charms into admitting her secret: she lied about her location because she was hoarding horse waste, planning to throw it at her husband's mistress. Now that Sandy's alibi has changed but no one can confirm it, she is arrested.

Moving on, Lucifer busts in on a grief support group led by Dr. Medina (Al Madrigal), a close confidant of the killed therapist, telling them literally the whole story – from his wings to the horse waste. Lucifer uses his tricks on Dr. Medina, who admits that he's in love with Sandy. Suddenly, he snaps, pulling a knife on Lucifer and admitting to the murder. Chloe arrives just in time to take him down.

The police arrive to take him away, and as Chloe and Lucifer are standing around, she bounces some ideas off him, concerning Malcolm. She used a police GPS tracker to find him on the day he was shot, and she realizes that, if there was another policeman there, it must have been Tony – one of the cops who has given her the most trouble. The duo finds his police car, empty, outside of a bar, and when they go in, they find blood all over the place. Before long, they discover Tony, dead, after having shot himself in the head.

Dan and the rest of the police arrive at the newest crime scene, and Chloe reads his suicide note, which claims that he was indeed corrupt, eventually killing himself over the guilt. Next – Lucifer goes to Linda's office to "pay" her, and she shocks him by saying that she no longer thinks it is appropriate to sleep with him. He asks her about the new doctor in her building, Dr. Canaan, who Lucifer has already figured out to be Amenadiel.

Chloe and Dan share a kiss back at their home, but Chloe is still unsure about their relationship. Either way – they are interrupted when Dan gets a mysterious text. Dan leaves to meet with Malcolm, and we learn that the corrupt policeman has been Dan all along. Dan was the one who shot Malcolm, and now Malcolm is getting his revenge by blackmailing him. Malcolm even killed Tony and forged his suicide note.

The episode ends with Lucifer confronting Mazikeen, assuming that she turned Amenadiel onto Linda. He accuses her of doing it all for herself – meaning the human world is rubbing off on her, too. He declares that their relationship is over.