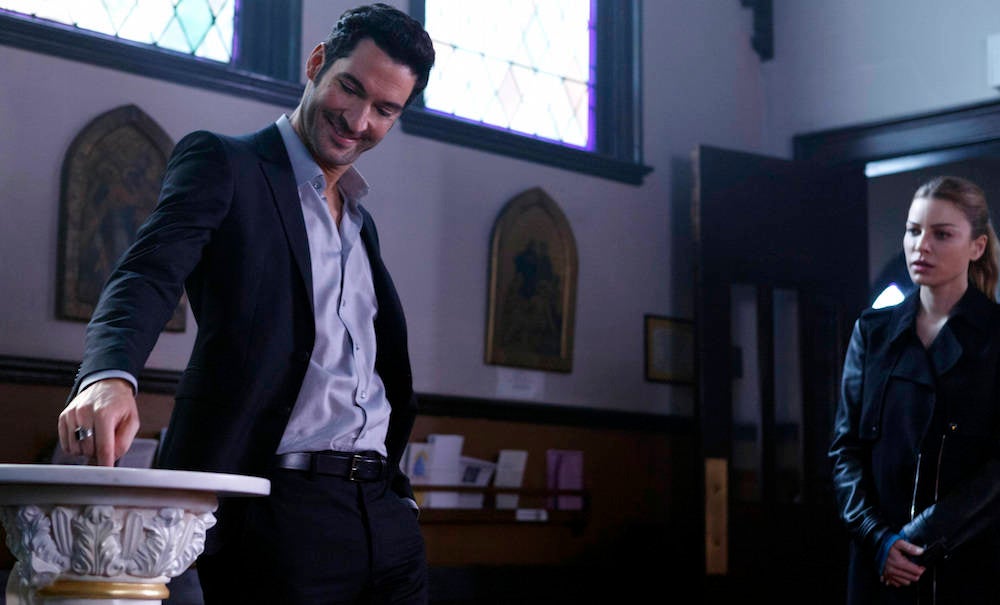 This episode opens at Lux, where Lucifer (Tom Ellis) invites the pizza guy inside to have some fun with his ladies – but oddly does not feel compelled to join. He meets with Dr. Linda (Rachael Harris), who proposes the idea that he may be lonely.

Later, a priest named Frank (Colman Domingo) comes by to ask Lucifer for a favor. A man named Arietta is running a drug operation through a youth center, where some sort of pupil of Father Frank's, named Connor, might be involved. Lucifer is intrigued, excited by the idea of bringing down a priest.

When Lucifer and Chloe (Lauren German) go the youth center to talk to Arietta, they find him beaten to death in his office, accompanied by a voice modulator. They are able to talk to another counselor, named Doyle, as well as Connor himself and another youth in the program, a young girl. She tells them that Father Frank is obsessed with Connor, and they reveal that he was there earlier that day, fighting with Arietta.

They go to Father Frank's church to confront him, and he admits to being at the youth center that morning and even punching Arietta. However, he is adamant that he did not kill him. Suddenly, an SUV drives past the church and someone inside shoots at the priest but misses. At this point, Father Frank admits to being threatened (via use of the voice modulator), saying that Connor is already in deep with the drug ring and that there is a newer leader called "The Spider." Chloe is able to trace the plates from the SUV to a driver from the youth center.

Back at the station, Malcolm (Kevin Rankin) is already back to active duty, and his new partner is Dan (Kevin Alejandro). This way, Malcolm will be able to keep track of him, making sure he doesn't rat them both out. He blackmails Dan and demands that he retrieve a gun for him from their evidence room, a request that Dan fulfills. Later, we see Malcolm in a parking garage, where he meets Amenadiel (D.B. Woodside). The angel explains that he brought Malcolm back to life – from Hell – for a purpose, telling him to get a move on with his demands. 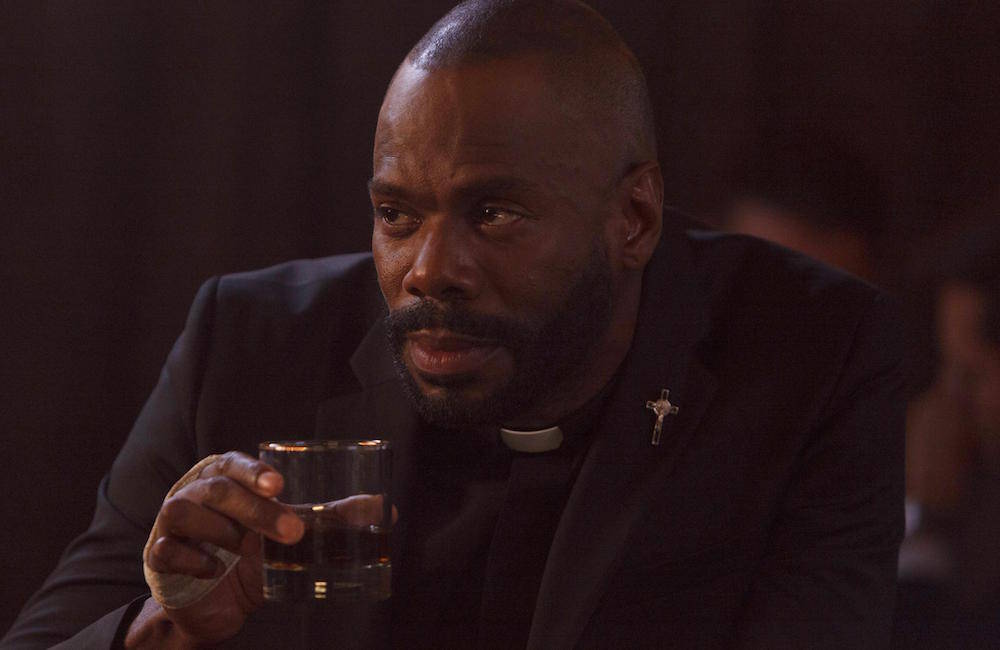 Meanwhile, Lucifer has brought Father Frank to Lux for protection, where they learn that he found God after being in a car accident with Connor's family, which killed Connor's parents and his own daughter. He and Lucifer begin to bond while playing the piano, when they are interrupted by an amused Chloe, who has a lead on The Spider. They follow the lead to a drug deal, where the spot both the girl from the youth center and Connor, who shoots in the air dispersing a large crowd to escape.

Then, Father Frank steps aside for a phone call and then disappears, though he was luckily overheard by Mazikeen (Lesley-Ann Brandt), who heard him talking to Connor. Lucifer and Chloe go to the church, where they find Doyle – the counselor from the center – trying to convince Connor to shoot Father Frank. When Connor decides that he can't shoot him, Doyle turns on Connor, shooting him instead. Father Frank jumps in front of the bullet, and Chloe shoots Doyle.

Lucifer is uncharacteristically upset about the priest, holding him in his arms as he dies. Father Frank tells Lucifer to "remember that your father has a plan." Once he passes, Lucifer becomes particularly Devil-like and begins to choke the life out of Doyle. Chloe stops him just in time by reminding him that Father Frank would not have wanted that. After the dust settles, Connor reveals everything to the police, and the case is closed.

That night, Lucifer yells up at his father, in the sky. He asks what it could possibly take for someone to please him, since Father Frank did everything right. At Chloe's house, she and Dan meet for take-out, planning to talk about their kiss, but they are both too distracted. Chloe leaves to spend time with Lucifer instead, knowing he would need a friend.

The episode ends at a diner, where Malcolm is chowing down. Amenadiel appears, surprising him. Malcolm shows Amenadiel the gun, and Amenadiel finally reveals his demands: that Malcolm kill Lucifer.

Lucifer Season 1 Episode 9 Recap With Spoilers: A Priest Walks Into A Bar