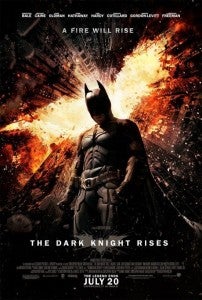 After the shootings during a showing of The Dark Knight Rises in Aurora, Colorado, a lot of people have found themselves in hot water for either joking about or coming across as insensitive to the tragedy. There have been celebrities who have had to apologize and everyday people who have lost their jobs over making comments that were considered as being  inappropriate.

In some cases, the comments have directly joked about the Aurora shootings, which virtually everyone considers to be in poor taste, considering that many lost their lives or suffered horrific injury. In other situations, things have happened where the party involved appears to have no intention of referencing the shootings, but their actions or comments have been considered insensitive in light of the incident.

The latest celebrity to come under fire in the latter category is Madonna. In a concert in Colorado, Madonna included fake guns at part of her stage performance. Madonna has been using the gun props in all of her previous shows, so it wasn’t something she just did for the Colorado show. However, because of the Aurora shootings, several audience members were offended and reportedly called local media to complain.

After the Aurora shootings, there have been other situations where companies have made changes to avoid coming across as insensitive. Warner Bros. filmed a new ending for Gangster Squad to remove a scene where criminals shot into a movie theater audience. DC Comics also delayed the release of Batman, Incorporated #3 which contained grim imagery which they felt would be inappropriate to release so soon after the Aurora shootings. Should Madonna have shown more sensitivity and removed the fake guns from her act for the Colorado show?