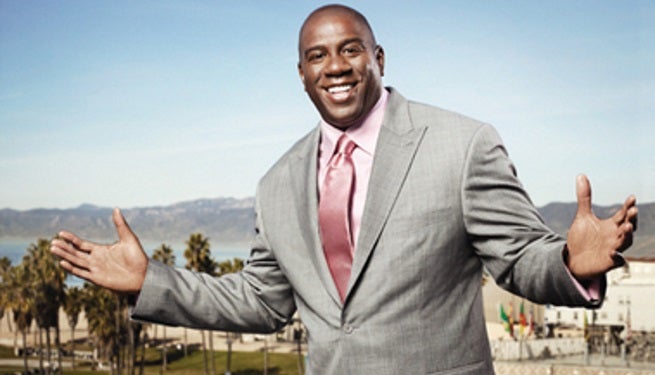 Hero Ventures announced today that NBA 2-Time Hall of Famer Earvin “Magic” Johnson has become an investor and Board Member for The Marvel Experience.  He joins the Board that includes, among others, Michael Cohl, Steve Tisch, Stanley Gold, Jere Harris, Maurice Marciano, Basil DeVito of the WWE and Company founders Rick Licht and Doug Schaer.

The Marvel Experience’s massive Dome complex launches January 10, 2015 in Dallas, Texas following a preview beginning next month on December 19 in Phoenix, Arizona.  The singular story line running through the Experience will engage guests for two hours or more, and features a dynamic 4D motion ride, the world’s only 360- degree Stereoscopic 3D Dome, technologically advanced interactive and immersive elements, state of the art projection techniques and dozens of Marvel Super Heroes.

“The Marvel Experience is a traveling destination that not only provides unique high quality entertainment for families and fans of all ages but will create jobs in each city that it visits,” said Johnson.  “I’m excited to partner with Hero Ventures and bring this affordable entertainment option around the world; specifically to ethnically diverse communities that over-index as followers of the Marvel Super Heroes. Growing up watching the Hulk as my favorite Marvel character, and this opportunity to work with a team of business all-stars, made this partnership an easy decision.”

“We always felt like there was a bit of ‘magic’ in The Marvel Experience, and now it’s official!  From unparalleled success on the basketball court to unparalleled success in the business world – Magic Johnson has done it all at the highest level,” said Rick Licht, Hero Ventures CEO.  “When you look at our Board and partners that we’ve assembled for The Marvel Experience, there aren’t very many people who can measure up to our team, but Magic is in a class by himself and, just like when he played, he does everything possible to make everyone on our team better.”

Executive Producer Michael Cohl stated: "Magic Johnson stands for greatness in every way possible. We are thrilled that he is joining The Marvel Experience team. I look forward to working with him again.  It's going to be great to take a Step Into Hyper Reality with him on board."

Steve Tisch, the first investor in Hero Ventures, added, “I have cheered for Magic the player...and known Magic the executive, Magic the philanthropist, and Magic my friend over the past few decades.  No matter what role he is playing, he has continually proven his expertise.  We are excited to welcome our own ‘modern day Super Hero’ to our Board to help us build this franchise of the future – The Marvel Experience.”

“Hero Ventures has done a fantastic job in assembling the best and the brightest for this unique experience.  Adding Magic, who has a proven track record on and off the court, is a coup in itself and adds even more excitement and credibility to this venture,” said Marvel Studios Senior VP Business Development Benjamin Hung.

The Marvel Experience begins in Phoenix on December 19, 2014 and runs through January 3, 2015, before the Domes move on to Dallas on January 10, 2015 followed by San Diego and San Francisco with more cities to be announced shortly.  Tickets are available both at Ticketmaster.com and at www.themarvelexperiencetour.com/tickets.