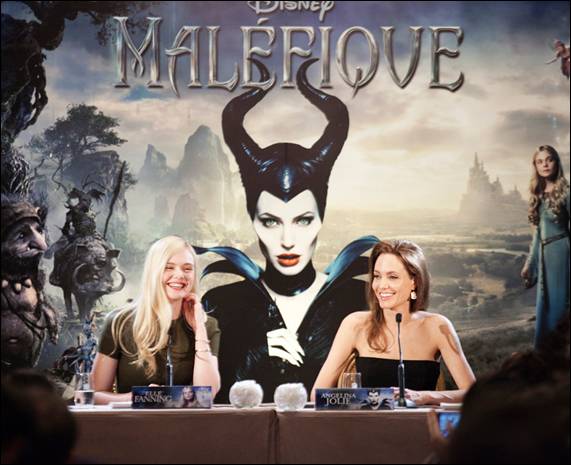 As with most movies in this crowded summer blockbuster season, it looks as though the critically-acclaimed X-Men: Days of Future Past will spend just one week at the top of the ticket-sales charts before it's replaced.

That's because next week, Disney will bow their live-action Sleeping Beauty prequel Maleficent, starring Angelina Jolie as the titular evil fairy, and that movie will likely generate more than $60 million, meaning that X-Men (which made $91 million this weekend and $111 million for the four-day holiday frame) would have to see a box-office drop of only about a third in order to remain the top film in the country, as opposed to the 45-60% that's standard for a big blockbuster title to drop week to week at the start of its run.

Officially, the film's budget was around $175 million, but Variety, who make the projections for next week, say that it will need to make at least that much -- and probably more than Oz the Great and Powerful's $493 million worldwide cume -- in order to be considered a true success or have the possibility of a sequel. They note that it's got a lot going for it, though, with Alice in Wonderland and Oz both recent successes for Disney that revitalized classic family fare in a slightly twisted, live-action way. It's also riding the coattails of Frozen, the most successful Disney princess movie in years (and the highest-grossing ever if not adjusted for inflation).

The trade also notes that Jolie's last two starring roles -- The Tourist and Salt -- both disappointed critically and financially, leaving the impression that success with Malificent is a must for both Disney and Jolie.

The movie, out on Friday, co-stars Elle Fanning (the older Aurora), Sharlto Copley and Juno Temple. It was directed by Alice in Wonderland and Oz the Great and Powerful production designer Robert Stromberg.

Maleficent Will Likely Make $60 Million At Next Week's Box Office, Top X-Men: Days of Future Past