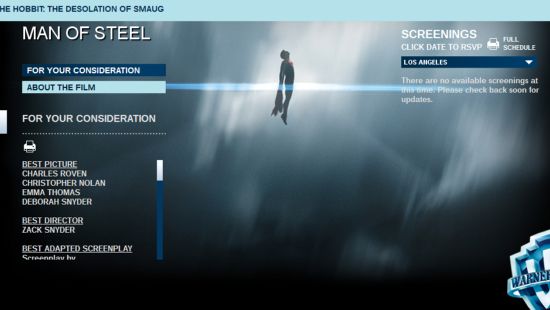 is a movie that proved very divisive among comic book fans. Some fans loved director Zack Snyder's bold new take on Superman, while other fans were put off that the film had a far different style than the 1978 Superman the Movie. Man of Steel is the rare movie that some considered one of the best movies of the year and others considered one of the worst movies of the year.

In addition to Man Of Steel, Warner Bros. is also pushing 42, Gravity, Her, Pacific Rim, Prisoners, The Great Gatsby, and The Hobbit: The Desolation of Smaug for various awards.