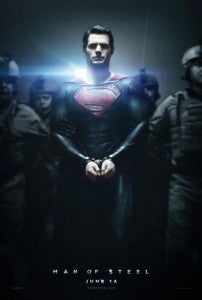 In a brief clip from his upcoming interview with the Wall Street Journal, Visual Effects Supervisor Joe Letteri (who has worked on The Lord of the Rings, The Hobbit, Man of Steel and Avatar) shared some of the secrets behind trying to accomplish a look for Superman that will please as many fans as possible without compromising the vision that Watchmen and 300 director Zack Snyder has for the film. "You have that with any film that you work on. I mean Lord of the Rings, The Hobbit are good examples - they're books where these things exist in people's imaginations. The first time we did Gollum, for example, we were all wrestling with this picture we had of him in our heads and just trying to figure out, is this the one that everyone's going to look at and say 'That's what I imagined when I read the book'? You look for these universal sensibilities and you try to go back to the original text as much as possible and see if everything rings true. If you can do that enough, you'll probably come up with something that everyone will more or less agree on." Letteri also said that Man of Steel has a great look that pushes the envelope of what viewers will expect from a Superman movie without reinventing the wheel completely, saying that it's new and yet comfortable. Man of Steel will be in theaters on June 14, 2013. It stars Henry Cavill as Superman/Clark Kent alongside Amy Adams, Russell Crowe, Laurence Fishburne, Kevin Costner and more.